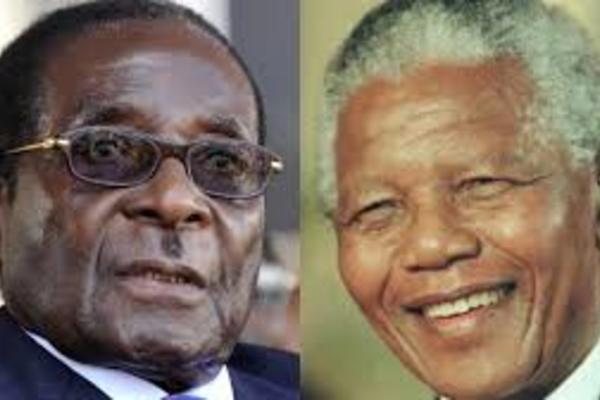 The late Prime Minister of the United Kingdom, Margaret Thatcher, met with the late President Nelson Mandela in July 1990 after a long buildup.

The meeting took place five months after the 71-year-old Mandela’s release from prison, to discuss sanctions, and Mandela was said to be very anxious about the meeting.

At the time, the former British High Commissioner to South Africa, Robin Renwick, prepared both Mandela and Thatcher for the meeting. He said in an interview years later that Mandela didn’t want to fight with Thatcher, but instead to win her over to his side.

Renwick also guided Thatcher about what to expect from the meeting and reminded her that Mandela had waited nearly three decades for this opportunity, he advised her not to interrupt. He described their meeting as an “intense discussion” about the new constitution. He added:

“She was trying to teach him Economics 101. She thought he didn’t understand the fundamentals. The meeting went on so long that the British Press in Downing street outside started changing ‘Free Nelson Mandela.’ When he got out onto the doorstep, he rightly paid tribute to all the efforts she made to secure his release.”

Thatcher put pressure on the South African government to release Mandela – this is her letter to the P. W. Botha – but didn’t believe that sanctions would work.

Even though the press stated that it was a “successful meeting with an excellent atmosphere,” newly released cabinet papers now revealed that Thatcher thought Madiba had a “rather closed mind,” and that he was not as intelligent as Zimbabwean president Robert Mugabe.

“The prime minister commented to me afterwards that she was a bit disappointed with Mandela, who seemed to have rather a closed mind.”

“We are not proposing to tell the press about this discussion.”

“He is not as intelligent as [Zimbabwe dictator] Mugabe, but a great deal nicer

“The prime minister said Mr Mandela must understand how concerned we were by the ANC’s failure to suspend violence.”

“We had experience of armed struggle in that we ourselves suffered at the hands of the IRA. We had very much hoped the ANC would agree to suspend it by now.”

“In so far as Mandela understands anything about economics, his ideas were formed in the 1950s. He is an old-fashioned socialist, but has never been a communist.”

“On sanctions, she could never accept the logic that we should be asked to relieve poverty and starvation where they existed in Africa, while at the same time being pressed to cause poverty, starvation and unemployment in South Africa.”