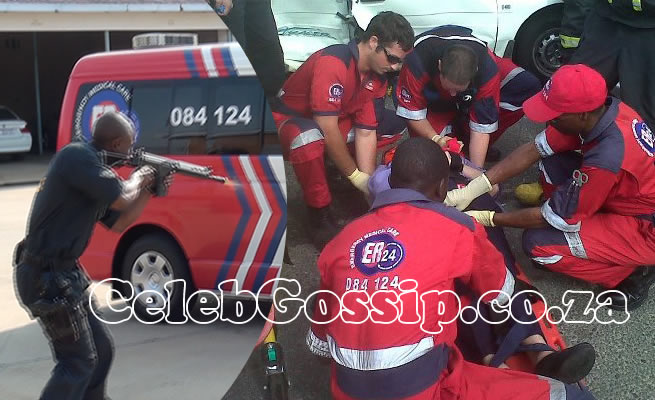 A trade union representing about 7 000 paramedics has encouraged its members to carry guns for protection while on duty.

Yesterday, the president of the South African Emergency Personnel’s Union, Mpho Mpogeng, said they believed carrying firearms would keep union members safe following a spate of robberies and attacks on paramedics. Mpogeng said the union had received at least 30 complaints from emergency workers who had been attacked while on duty in different provinces in the past six months.

“We are not saying that workers must go out there and shoot people randomly. We are saying they must carry licensed firearms to protect themselves and patients,” Mpogeng said.

He said the latest incident happened last week in the Eastern Cape where a patient and paramedics were robbed of their belongings, including cellphones and money.

“It’s really bad. People call for an ambulance and when workers get there they are robbed. We believe carrying guns is our only option.” About 66 525 emergency medical services workers including paramedics, ambulance assistants and emergency care technicians were registered with the Health Professions Council of SA by April this year. Chairperson for the union in Port Elizabeth Zinhle Ngqadu said two paramedics were attacked by armed men when they were attending to a cancer patient last week. Ngqadu said the patient and the paramedics were robbed of their cellphones, jewellery and money.

“I think it’s right for us to carry guns because the department is not doing anything to protect us,” said Ngqadu. “We go out there to save lives but we are not protected,” he said. adding that he was also attacked while on duty in 2008 and 2010. Yesterday, spokesperson for the national department of health Popo Maja said though they understood the concerns of workers, they did not support workers arming themselves with guns.

He said policing alone would not resolve the problem, noting that communities must stand up against criminals.

The emergency care board within the Health Profession’s Council of SA also did not support the carrying of of guns by paramedics. The board’s chairperson Lesiba Malotana said they were aware of the rampant attacks on workers and were working on a way to resolve the issue. An EMS crew was robbed at gunpoint while attending to a woman who had just given birth in Port Elizabeth in March. In June, paramedics in Northam, Limpopo, were injured after they were attacked.