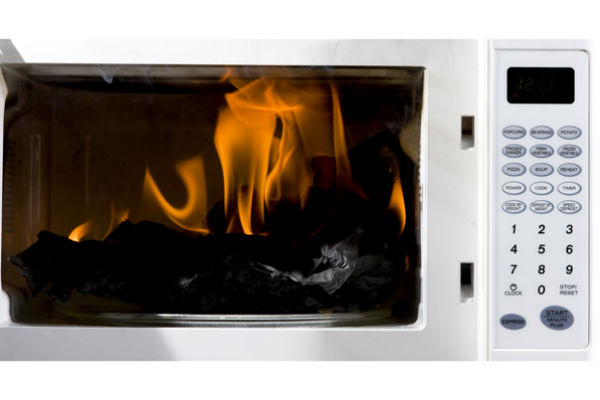 A couple suffocated their infant by placing him in a plastic bag and left him to die inside a microwave, a day after he was born.

On Thursday the couple admitted to the court that they committed the gruesome crime. They were each sentenced to 18 years imprisonment.

It emerged hours after the child was killed that the pair had dug up a shallow grave around the door of the rented shack where they buried their infant. They marked the flattened area with a red rose, and lived with the secret for seven months.

Michael Pule Mathibe, 26, and Nkhala Ntshane, 31, were sentenced in the South Gauteng high court for the December killing of their infant. The pair pleaded guilty to the horrific murder.

Ntshane, who already had two children aged 12 and eight from previous relationships, told the court she gave birth to the baby on the night of December 3 last year.

She said she bathed and breastfed the infant before she went to bed with her partner.

The next day, the couple went to a traditional healer who had initially given them muthi to abort the child by inducing labour.

They reported to the healer that the muthi did not work.

The two later decided to suffocate the child by putting him in a plastic bag, leaving the baby in a closed microwave for several hours.

After the death, the two continued to live in the shack until July when the child’s father, Mathibe, told his brother about the incident.

His shocked brother and family then alerted the police.

On arrival, the police found that the said grave was marked with red roses.

The police dug up the grave and found the baby’s decomposed body. The cause of death was unascertainable due to decomposition.

“The heinous nature of their conduct did not end there.

“They went on to dig a grave inside a shack… The deceased was just a day old weighing 4,5 kg. He was a full human being and did not deserve to die in this manner in the hands of his parents,” she said.

In her submission, Ntshane, who makes a living as a street vendor, said she had to fend for her two children alone without the assistance of their fathers.

She said when she discovered her pregnancy it was so advanced she could no longer terminate it.

She then consulted a traditional healer who gave her muthi. She used the muthi until the day she gave birth.

Ntshane said the next day, the baby had difficulty breathing and had changed in colour.

Acting judge Carla Van Veenendaal asked the pair if they freely entered into a plea. At that point, Ntshane’s hands began to nervously shake before they both agreed.

“…You are both sentenced accordingly,” she said.

Her mother Caroline, 54, said she did not know her daughter was pregnant.

“I don’t understand why she would do something like this,” Caroline said.