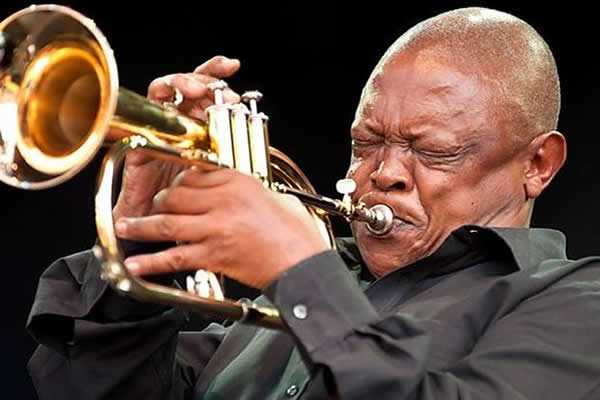 The death of internationally renowned musician Hugh Masekela in January was not only a blow for his fans but it also drilled a huge hole in the pockets of a TV production company that used to produce his funeral cover TV adverts.

This was after Assupol, the life assurer giant behind the popular adverts, decided to launch a new campaign using a different company.

However, the TV production company, Movie and Multimedia Pictures, did not take kindly to their R8m per year contract being terminated.

As a result, a cat and mouse legal war ensued between the two as the production house held onto what is termed flighting codes and refused to hand them over to Assupol.

Flighting codes are essentially what broadcasters use to secure advertising slots for their clients and in this case, the production company was dealing directly with the SABC so they were in possession of the codes.

Assupol argued that they could terminate the contract, which appeared to be evergreen, at any time as it was entered into verbally, while the production company argued that the verbal agreement, which had been in force for 15 years, was only coming to an end in June next year.

After lawyers for both parties could not reach an agreement, Assupol went to the North Gauteng High court in Pretoria in October to seek an order forcing the production company and its owner Bedelia Basson to hand over the flighting codes.

In their papers, Assupol made it clear that they took the legal route to wrestle the flighting codes from Basson’s company but were still open to an out-of-court settlement as it was not in their interest to fight an exhaustive court battle.

“Assupol has worked with M&M Pictures for a number of years, however, our contractual agreement was never ‘evergreen’ in nature. We review suppliers from time to time and gave M&M Pictures sufficient notice of our intention to terminate the contract.

“Legal action was instituted in the form of an interdict to obtain Assupol material in the possession of M&M. We reached an agreement of settlement in respect of relief where Assupol received the information related to our brand. It is unfortunate that this matter had to be settled in this way,” said Nzembela.

In their court papers, Assupol said they decided to change their marketing strategy following Masekela’s death.

“What influenced this process was the untimely demise of the applicant’s brand ambassador … Mr Masekela was very well known, and very talented musician loved by all South Africans. When he passed away, his life was celebrated all over the globe. So, when he passed away the applicant had to seriously rethink its marketing strategy,” the papers read.

The court papers also confirmed that the agreement between the two parties was a verbal one.

“The first respondent (M&M Pictures) also contended that a verbal agency agreement was agreed to between the applicant and the first respondent, in terms of which agreed fees in the sum of R8m, payable over a 12 month period, in instalment of R666 666.67 were to be paid. This is correct in part, but also incorrect in part,” read Lianda Brenkman’s affidavit on behalf of Assupol.

The life assurance entity was reconciliatory in its approach, saying a drawn-out legal beef would not help them recoup money they were losing as a result of not being able to flight their new adverts on TV. They also noted how it would be difficult for them to quantify any damages claim against M&M.