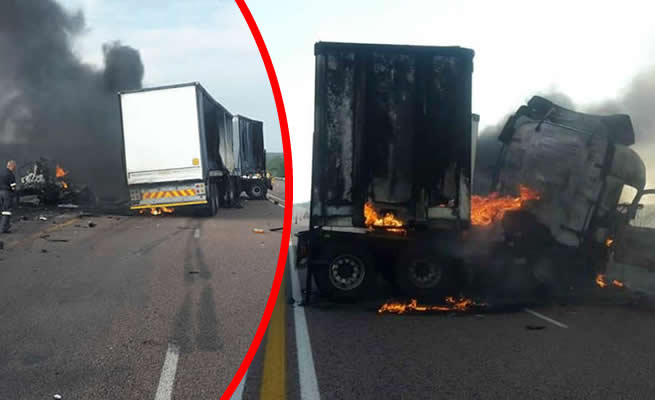 EXACTLY a week after a cleansing ceremony near the Kranskop tollgate, another deadly accident took place yesterday morning in Limpopo.

Seven people were burnt beyond recognition in a crash involving a truck and a minibus which both caught fire after a head-on collision.

The highway between Kranskop and Mookgophong was closed for more than five hours as officials cleared the scene. The cleansing last Sunday
was attended by the Minister of Transport Blade Nzimande and Limpopo Premier Stan Mathabatha. Nzimande had announced a R4 billion investment to improve the N1 between the Kranskop Toll Plaza and Makhado.

The cleansing came after a number of crashes which claimed over 50 people near the Kranskop tollgate. In another crash on the N1 at Musina on Saturday at about 3am, a cross border Quantum crashed into a cross border bus.

Both vehicles were travelling from Gauteng to Zimbabwe. Five people died while several others were taken to local hospitals with serious injuries.