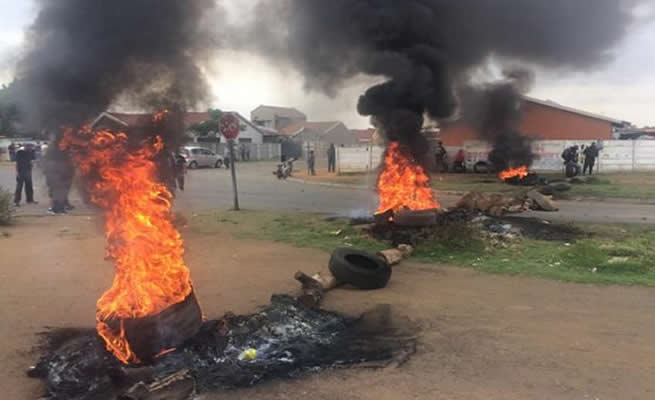 Protests are currently underway in Reiger Park, and it’s understood the entire suburb is under lockdown, according to Boksburg Advertiser.

According to David Forster of the Reiger Park Community Forum, a call has been made for action and irregularities to be exposed so the community’s plights and needs are no longer ignored.

He said it was time for the community to choose their own community liaison officers who would fight for real opportunities instead of enriching themselves.

Issues include cable theft, drugs, and lack of service delivery, as well as the fact that no development projects have come to fruition in the area for the past 30 years.

Schoeman said despite handing over a memorandum that was acknowledged, the forum had not heard any feedback, despite numerous follow-up emails.

“We have been marginalised for far too long, and it’s about time government comes to the party,” he said.