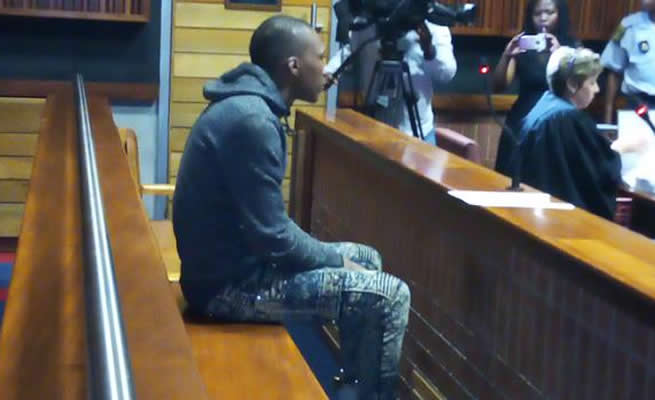 AFTER YEARS of living in terror, Sindy Radebe has broken her silence. “When he raped me, he thought he was taking away my freedom,” she told Daily Sun yesterday.

Yesterday his freedom was taken away from him for the rest of his life. This is how Sindy reacted to the sentencing of Gift Mokoena, the man who became known as the Quantum rapist.

He was sentenced to 12 life terms and more than 300 years in jail in the High Court sitting in Palm Ridge yesterday. At first she was nervous because she would see people who committed serious crimes getting light sentences.

“I’m excited that he got what he deserved. He’ll never see freedom again.” Sindy (29) said when she was in court she kept looking at Gift, trying to think what was going on in his head.

“The incident affected me. I used to be scared of walking alone on the streets,” she said. “Since the day I was raped, I don’t take a taxi with fewer than three people inside. But now I’ve learnt to be stronger.”

Sindy said she was working with other women who had been victims of sexual assault crimes. Judge Cassim Moosa said Gift carefully planned his attacks.

He said although he pleaded guilty and showed remorse by apologising to his victims, it did not mean he’d get a lenient sentence.

“The time has come to send a crystal clear message that the courts will not lie down while gender-based violence is committed,” he said.

Moosa said society has asked the courts to impose harsher sentences on people who commit crimes against women and children.

Last month, the court found Gift guilty on 12 counts of rape, nine of kidnapping, nine of robbery with aggravating circumstances, nine of pointing an object that resembles a firearm, two of aiding and abetting someone to commit an offence, and one of sexual assault. He kidnapped, raped and robbed female passengers across parts of Gauteng while driving a white Toyota Quantum taxi. He raped eight women! Moosa said the accused was violent towards women.

“In my view, there’s no other appropriate sentence to be imposed on the accused other than life sentences,” said the judge.