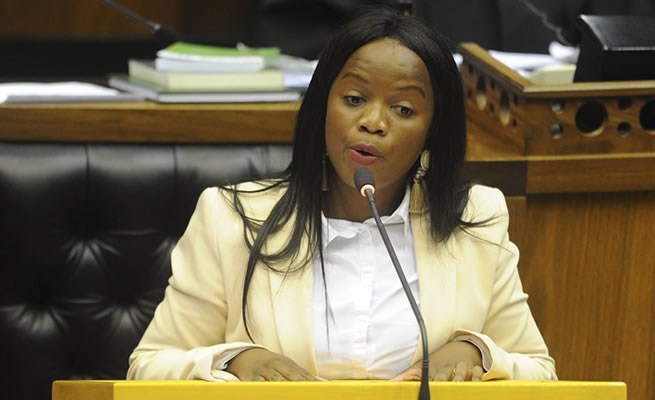 DA MP Phumzile van Damme on Thursday shared an email she received from a scammer threatening to leak her pictures and videos if she failed to pay up.

In the email (which seems to be just another generic scam message that shouldn’t really fool anyone), the aspirant hacker claims to have hacked Van Damme’s phone, adding they had been following her and could see everything she did online.

The supposed hacker claimed he had access to the camera on her device.


“I periodically take photos and photos with you,” he said, which admittedly doesn’t entirely make sense.

The man further spoke about Van Damme’s alleged favourite sites on the internet.

“I know what you like hard fund (adult sites). Oh, yes … I’m know your secret life, which you are hiding from everyone. Oh my God, what are your like… I saw this…Oh, you dirty naughty person [sic all],” reads the email.

He further claims to have taken photos and videos of her “most passionate funs with adult content [sic]”.

To avoid these from getting leaked, the man demands that Van Damme should transfer an oddly specific amount of $829 to his bitcoin cryptocurrency wallet.

However, the “unshaken” Van Damme was not falling for the scammer.

“The email scammers are trying hard, shame. Unshaken. No bitcoin transfer coming from me,” she said on Twitter.

Read the rest of the scam below: