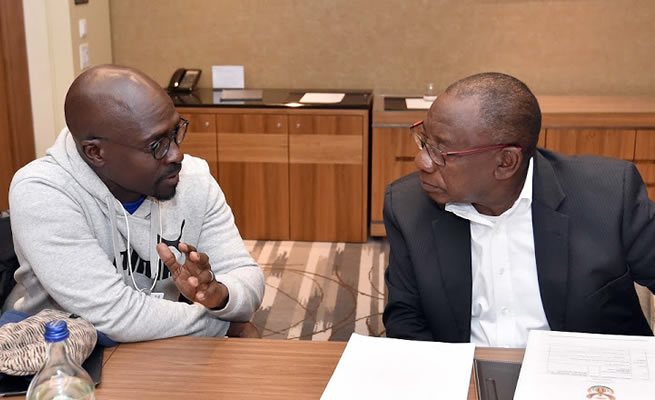 Home Affairs Minister Malusi Gigaba has resigned and has served his letter of resignation to the Presidency.

The normally Twitter-friendly official last tweeted on November 10, and had not yet personally announced the news. Gigaba has faced a difficult few weeks – with pressure mounting from opposition parties on him to step down.

He reportedly met with President Cyril Ramaphosa last week in a final effort to save his job.

Ramaphosa met Gigaba at his private residence to listen to the minister’s side of the story.

Gigaba was also subject to public humiliation when a sex video of him was leaked.

Earlier in February, the High Court in Pretoria handed Finance Minister Malusi Gigaba a bitter blow to his hopes of remaining in office when it handed down judgment finding that he had lied under oath in his testimony while he was home affairs minister in his first stint.

The Democratic Alliance then referred him to the public protector.

The matter before court related to an aviation company, Fireblade, owned by the Oppenheimer family, which had wanted to open a private international terminal at OR Tambo International Airport.

Judge Neil Tuchten found that the minister had been deliberate in his untruths.

“The minister has committed a breach of the Constitution so serious that I could characterise it as a violation.”

The company had sued Gigaba for allegedly reneging on his pledge to make officials available to them to staff their customs and immigration facility. Gigaba denied that he had approved the terminal, but the court ultimately found against him.