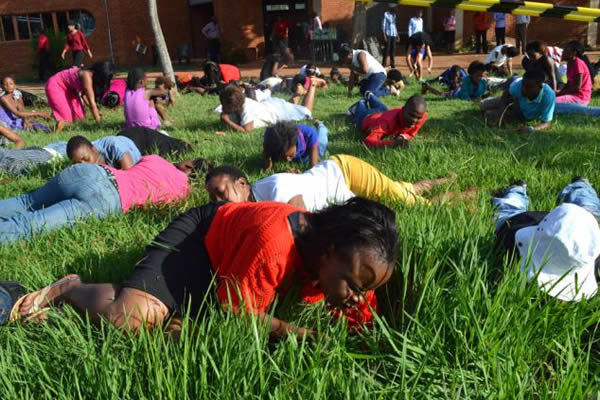 As reported recently, Lesego made headlines when he used a snake at his church to apparently "perform miracles." Rabboni Centre Ministries, which he leads, posted photos of him serving the champagne on its Facebook page on 5 November.

The post quoted a verse from the Bible in an apparent attempt to explain the stunt. The caption then went on to describe what happened: "We saw congregants getting drunk in the Spirit, even family men and women were drunk with the Spirit from above as the Man of God made them drink from the bottle. It is certainly a celebration from above!"

As Lesego served the champagne, some of the congregants fell over dramatically, apparently overwhelmed and drunk after just a few sips. Lesego also partook in the drink rather enthusiastically, but didn't seem too affected by it.

The incident however divided opinion among Facebook users who commented on the pictures. Some, such as Zandile Mkhatshwa, supported it:

"Thank you Christ the Messiah for manifestation of Eph 5:18 drunkenness in the Spirit. We are here to manifest the kingdom of our Father, so people if you are offended by what is happening in our Church why are you following this page?"

Others dismissed Lesego as a "fake prophet:"

"Jesus come back so that this madness can end. Your people are getting deceived by this so called prophets," commented one Facebook user.