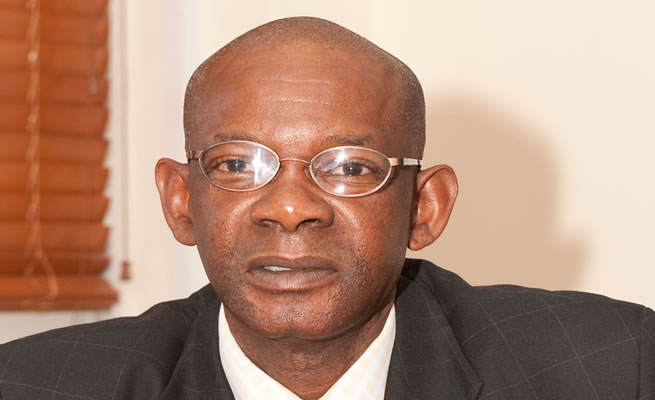 The National Prosecuting Authority (NPA) is being racked by a supposed sex tape scandal, after claims of a video reportedly showing acting national director Silas Ramaite in a tryst with a security guard has come to light.

This news comes as the race to become the national director of public prosecutions heats up this week, with a short-listing process and interviews of identified candidates beginning tomorrow.

The allegations also come in the wake of a sex video drama that hit the country last Sunday, after a video of a naked Malusi Gigaba, the minister of home affairs, was leaked online.

Now there are fears within the deeply divided NPA that the video – CCTV footage that apparently shows Ramaite in a compromising situation with a female security guard in his office early last month – may be used to blackmail him.

Four senior officials within the state’s security cluster confirmed the existence of the video to City Press this week. City Press has, however, neither seen nor obtained a copy of the video.

NPA spokesperson Luvuyo Mfaku would neither confirm nor deny the existence of the video.

Three senior prosecutors told City Press that the alleged video was used in an attempt to place Ramaite under pressure to make changes to the NPA’s leadership.

The official believed to be behind the alleged blackmail plot was said to have told Ramaite that he was in possession of footage that could compromise him.

“Ramaite was panicking,” said one senior prosecutor privy to the details.

“We advised him that it was ridiculous that somebody could want to control the organisation through blackmail.”

Another senior prosecutor said that his colleague who claimed to have the footage nursed ambitions to lead the embattled institution and wanted to discredit any competition.

However, the implicated official, whose name is known to City Press, slammed the allegation as “total rubbish”, but added that he too knew of the existence of the compromising video.

City Press understands that Ramaite, one of the most senior and highly qualified prosecutors in the country, has not applied for the position, and it is also unclear whether he was nominated for the top job.

SPYING ON THE BOSS

One prosecutor close to Ramaite said: “Although we do not condone having sex in the offices … the issue of how the cameras were placed in the office of the acting national director also raises serious concerns about the intentions of the person who installed them.”

Another prosecutor said the video was also being used to sway Ramaite to become aligned to one faction within the prosecutions authority.

City Press understands that the video is further fuelling divisions within the NPA that became glaringly clear during the presidency of Jacob Zuma. Ramaite was believed to be independent of both pro- and antiZuma factions within the organisation, but those in the former camp are now extremely concerned that he could be blackmailed by members of the opposing faction battling to entrench their dominance.

Mfaku said: “To the extent that the allegations that there’s video material depicting the acting national director in a compromising position is merely an allegation by unnamed sources which infringes his privacy and dignity and is potentially defamatory to him and may result in an action for defamation.”

Mfaku said Ramaite could not “comment on the matter until he has seen the purported video material, [identified] the source of the allegation and the insinuation which the allegation seeks to make, convey and publish or communicate to the general public”.

“At this stage we can only assume that this is the work of desperate senior leaders within the institution who want to blackmail the acting national director into taking certain decisions favourable to them,” he said.

“Suggestions that there may have been surveillance on him is quite worrying and disturbing, and may require further investigation which may lead to either criminal or civil action.”

City Press has learnt of at least five cases of prosecutors investigating other prosecutors in opposing factions. And while senior NPA staff dig dirt and fight with each other, important cases, including those relating to state capture, are stalling.

A briefing report dated May 30, prepared by former acting Specialised Commercial Crimes Unit head Advocate Malini Govender to the former national director of public prosecutions, Shaun Abrahams, which City Press has obtained, paints a bleak picture about the state of several high-profile cases. These include:

● The case laid by former government spokesperson Themba Maseko, which the report states will only be finalised by October next year, the earliest stage at which a charge sheet can be prepared. The Hawks have identified Ajay Gupta and Duduzane Zuma as possible suspects in the matter.

● The investigation into the irregular or unlawful prepayment by Eskom of R659 million to Tegeta, and the influencing of the sale of Optimum coal mine. The suspects in this case include Tegeta, several private companies and former Eskom board members and some employees. The charge sheet is only expected to be drawn up by October 31 next year.

● In the unlawful awarding by Transnet of a deal involving 1 064 locomotives, investigators have revealed that the charge sheet will only be finalised by October next year, despite the fact that there have been three reports by Treasury and two law firms into the matter.

● The case of the unlawful joint venture of Denel and VR Laser Asia is also being hampered by delays. Investigators have identified former Denel board chairperson and now Jacob Zuma’s lawyer, Daniel Mantsha, as a “potential suspect”, and the investigation is only expected to be completed by August next year.

The NPA was also dealt another blow this week when officials from the United Arab Emirates (UAE), where the Gupta family is now believed to be living, sent back South Africa’s request for mutual legal assistance.

The NPA, through the ministry of justice, asked for bank statements detailing transactions undertaken by the Guptas, their companies and their associates as part of the investigation into the failed Estina dairy farm in Vrede, Free State. The request was sent back, City Press was told by two senior prosecutors, because it was not drafted according to their protocols.

“They have said we need to redo it again the way they want it done before they could consider it,” said one prosecutor familiar with the developments.

“It is not about the request, but they complained about the procedure.”

Another prosecutor, who attended the 23rd International Association of Prosecutors annual conference in Sandton in September, said prosecutions officials from the UAE snubbed them after promising to share information on the sidelines of the conference.

“I realised that we were not going to get any help when they told us to go through the normal diplomatic channels if we wanted any information,” said the prosecutor.

In the request to the UAE for mutual legal assistance, which City Press has seen, the NPA asked its counterparts to assist it “to ascertain whether any proceeds of crime … to the value of R169 532 392.82 ($14 471 360.98)” siphoned off from the Estina project “and paid into the mentioned bank accounts in your jurisdiction are still located within your jurisdiction”.

The 52-page request stated that South Africa was ready to send the investigating officer to “advise in detail on the form in which evidence should be taken in order to comply with the requirements of South African law”.

The NPA also told UAE authorities that “the investigation is incomplete without such information”, and was “vital” to the case.

Prosecutors in the Estina case, which returns to court on December 4, have been fighting to keep the case on the roll without the information from Dubai.

At the last court appearance in August, prosecutor Justice Bakamela asked the court for a three- to sixmonth postponement because information from Dubai and India was outstanding.

Mfaku declined to comment on the state capture cases and further developments.