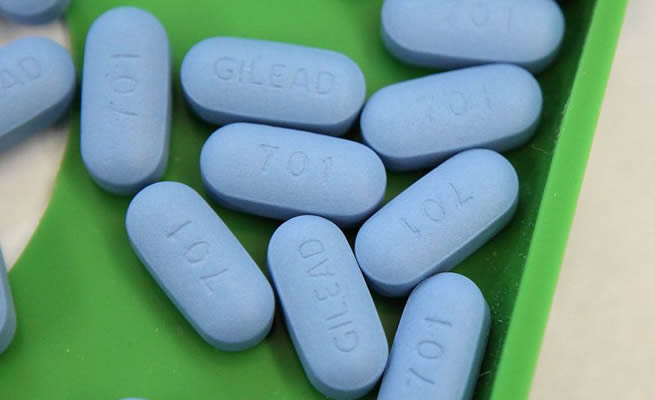 MILLIONS of South Africans living with HIV are on anti-retroviral (ARV) treatment, they depend on this medication to keep in good health and alive.

Organisations on the ground such as the Stop Stock-outs Project (SSP) and Treatment Action Campaign (TAC) dealing with issues related to HIV have warned South Africans about the alleged looming disaster in the fight against HIV.

While these organisations are stern about the sad reality of anti-retroviral treatment shortages, the National Department of Health has refuted these claims, saying there is no crisis. When on ARVs, patients are not supposed to default or be inconsistent when taking their medication. Failure to follow the routine, as it should be, is a threat to their health and lives.

The TAC is concerned that if the situation persists, it might just cause preventable deaths. National leader at TAC, Andrew Mosane, says, “Our communities are dying preventable deaths because of shortages of drugs in the facilities.”

Andrew says the biggest frustration for human rights activists is that while they can be trying to address the situation and see a resolution from the government, people’s health continues to deteriorate.

“If people are not getting their treatment for a longer time, it means we are failing them and we are worsening their immune system,” Andrew says. “In this regard, they might develop resistance to the drugs they were exposed to and in the public healthcare system we have minimal choices of second line drugs which are also out of stock.”

It has been reported that this is not just a South African problem but a global problem caused by suppliers of this life-saving drug.

“The suppliers of ARVs are facing global shortages of important ingredients for most of the drugs they produce but the Department of Health knew this beforehand and did not act as they should. So this is the reason we are currently in this crisis. They should have acted sooner, and we would not be facing this challenge,” Andrew says.

Another organisation that has started asking robust questions about the situation is advocacy group, SSP.

SSP issued a statement saying the department had not given a clear plan about how it would address the shortages.

Acting SSP manager, Lauren Jankelowitz, says “Stocks of second and third line anti-retroviral drugs and contraceptives have run out across the country, a crisis that has been developing over the past two months.”

According to Lauren, there have been shortages in KwaZulu-Natal, North West, Limpopo, Gauteng, the Eastern Cape and Free State, with the North West being the worst affected. She says no reports have been received from the Northern Cape.

But in a newspaper report recently, Ministry of Health spokesperson, Popo Maja, was firm in saying there is no crisis.

Andrew says although the government isn’t coming out to confirm this crisis, there are many people who are suffering as a result.

“Government knew, and they did nothing to respond to any of our calls with regards to this sensitive matter. They wanted nothing to do with ‘typical activists’ – that’s what the minister of health (Aaron Motsoaledi) calls us. But after we released a media statement and we were getting momentum they wanted to come on board to discuss the matter behind closed doors,” Andrew says.

“We wanted the government to acknowledge the stock outs in public, then after a few interviews they agreed to meet with us and their suppliers.” The meetings were about coming up with a plan to curb these stock outs.

“We are still talking to them but also monitoring the situation at the same time because we just cannot sit back and wait for another tsunami to hit us again,” he says.

According to SSP and the Southern African HIV Clinicians Society (SAHCS), efforts are ongoing to try and delve deeper into finding favourable solutions to the problem.

“This includes routine monitoring reports, telephonic surveys of facilities to monitor stock outs, and a hotline where patients and facilities can report stock outs. This information is escalated to the Department of Health. Furthermore, the SAHCS has developed clinical guidelines on alternative medicines that patients can use while supplies are being resolved,” the advocacy groups say in a statement.

SSP says lines of communications are open and they are inundated with calls from people who are experiencing shortages in different parts of the country. The frustration is reaching high levels.

“The minister of health needs to change his thinking and listen to the people who are working on the ground for direction,” Andrew says.

“He should be working with civil society to be assisted in knowing where challenges are. TAC is willing to work with the Department of Health.”