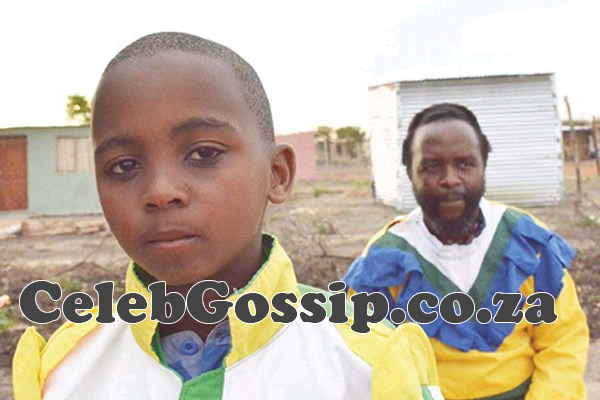 AT the tender age of 10, Thapelo Ramokokobo is a well-known prophet and dream interpreter in Ga-Rankuwa, north of Pretoria. Thapelo has also been granted the gift of healing.

HIS GIFT OF HEALING OTHERS

Thapelo is not just a prophet and a dream interpreter, he also heals sick people using milk, eggs, salt, methylated spirit, water, maize, fruits and other household items. This young prophet, a Grade 4 learner at Rakalle Thabong Primary School in Ga-Rankuwa, does not throw bones, but prays silently and foretells the future. He does not use any muthi; he just tells his patients what to buy at the local stores and starts his treatment.

Thapelo says some of his patients were doubtful at first when he instructed them to buy items such as salt, milk and eggs for their treatment, but later praised and thanked him after being healed. “It is through the power of God that I heal people and give answers to their problems,” he says. Supporting his statement is his prophet father, Elias Ramokokobo (46), who works with him.

IT IS THROUGH THE POWER OF GOD THATI HEAL PEOPLE

ELIAS TAKES INSTRUCTIONS FROM HIS SON

Elias says he was forced to quit his job as a community liaison officer at a construction company last year, to work with his young prophet.

“The young prophet is the one who tells prophecies and interprets dreams and I carry out the duties of treating his patients according to his prophecy,” says Elias. Thapelo often sends his father to the river, mountain, dam, or bush to bathe, baptize and pray for people.

“Thapelo can tell if the river or place is dangerous and we will not use it,” says Elias. The youngster does not charge a cent for his services, but satisfied patients whom he had healed thank him with gifts or money. “I'm here to do what God wants me to do and heal people,” says Thapelo, who is so mature for his age. Prophet Thapelo says he can also tell prophecies and interpret dreams over the phone. Elias says he discovered that Thapelo, his third born child, has a gift of healing people when he was six. “He would wake up in the middle of the night and explain his visions,” he says. “I was shocked when he told me what I had dreamt and interpreted the dream” he adds.

NOT EXPOSED TO SIN

Elias says Thapelo also started prophesying and interpreting dreams at church. He is the member of Jekenisheni Apostolic Church in Ga-Rankuwa.

“Thapelo is following in my footsteps as a prophet and he is more powerful than me,” admits Elias. He says many clients prefer Thapelo to tell them their prophecy because of his innocence and purity. “He is a child who has not yet been exposed to the sins of the world,” he says. Thapelo’s healing powers have attracted people from as far as Limpopo.

“We constantly get calls from people in Giyani seeking my son's services,” says Elias. A local resident says she had marital problems and Thapelo fixed her marriage. “All is well in my marriage thanks to Thapelo” she says.

A CHILD AT HEART

Elias says Thapelo’s calling does not affect his school work and his performance is excellent. “His teachers are impressed with his performance and indicated to me that he is a well-behaved learner”. Even though Thapelo is a respected prophet, he is still a child at heart. He still plays with his friends. When his clients arrive, he wears his robe and silently prays to find the roots of their problem and help them. He says people who don't have faith in God and in his healing should not bother to consult him. “It is through faith that people get healed,” says Elias. Even though Elias works under Thapelo, he is not bothered at all.

“He still respects me as his father and his guardian.” Elias takes care of Thapelo, he does his laundry and ironing, he also bathes him and prepares his lunch box. Elias and Thapelo’s mother have separated.

The father and son bond is powerful as Elias and Thapelo continue to help people together.