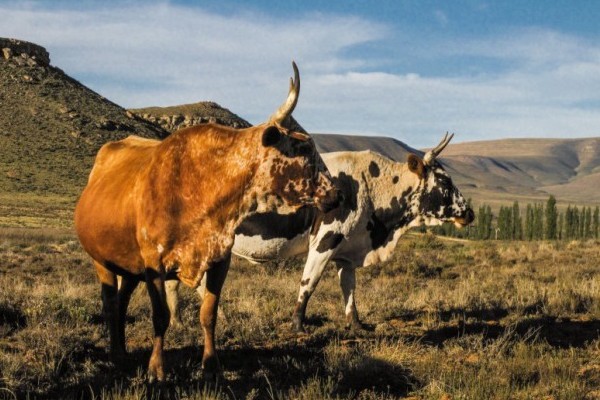 Johannesburg – The bloodied bodies of * Thulani’s friends piled on the bed on top of him as their assailants kicked and poked them, checking if they were all dead.
For a few minutes, the unknown gunmen swore as they inspected the three men on the bed while the other lay on the floor bleeding. Thulani lay there pretending to be dead as the attackers poked his dead friends with spears. The men then fled and disappeared into the lush bushy mountains and it was only about 20 minutes later that Thulani crawled out of the rondavel screaming for help in the thick darkness of Qungebe Village in Bizana, Eastern Cape.

What had been a fun night of loud music among friends in the rondavel was silenced with the deaths of two of them, Oko Majikija, 19, and Simbonile Nkise, 28. Thulani escaped with minor injuries while a fourth friend was paralysed by spears to his genitals and gunshot wounds. The two survivors have since been moved from the village for their protection.

For the past few months, the villages of Bizana have been rocked by violence and intimidation between warring villages of Qungebe and KwaZulu, which relatively fall into Mkhandlweni and Ntamonte areas.


The rivalry, which was sparked by lobolo cows in 2016, has extended to other neighbouring villages, who have taken sides.

People from the town of Flagstaff, 60km away, have been recruited to join in the bloodshed, which has seen men, both young and old, fleeing their homes to seek safety on the mountains at night.

Bizana police spokesperson Warrant Officer Zilungile Nkamba said they did not know the circumstances of the latest attack.

“A task team has been formed to investigate the crime but no arrests have been made,” she said. Another officer told The Star that the fatal ambush was an act of revenge.

Nkise and Majikija are the latest fatalities following the deaths of six men from Qungebe who were killed in KwaZulu-Natal after their nocturnal mission to ambush their rivals backfired a few months ago.

Up until December 2016, Qungebe and KwaZulu villages lived in harmony and there was free movement between the settlements on the Pondoland hills. This changed when a man from Mkhandlweni (part of Qungebe) proposed marriage to a woman from KwaZulu.

He sacrificed six cows as lobolo to his new in-laws.

“After a year into their marriage, the couple had differences and the wife went to her parents’ home in KwaZulu and later moved to Durban. The husband was livid and went to demand his cows back,” said a villager who was part of the delegation tasked to retrieve the livestock. He is in hiding in Bizana town following threats to his life.

The woman’s father allegedly showed them different cows that were aged and skinny.

“We rejected them and left. After a few days, another group went to the woman’s home and fetched the correct cows without informing her family. We had them for a couple of days before the KwaZulu men came and stole them back and hid them in another village,” said the elderly man.

Qungebe men caught a whiff about the location of the hidden cattle and they were ambushed when they tried to collect them. Six died after being hacked with pangas.