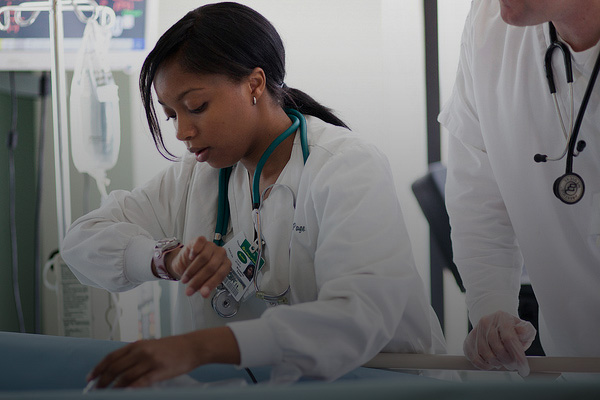 A Soweto mother whose 13-year-old autistic son was turned away from a local clinic where he gets his epilepsy medication fears for his life.

Busisiwe Rwayirwayi, 47, from Meadowlands said her son Loyiso is experiencing increased seizures after nurses refused to give him medication. As a result, Loyiso defaulted for six days.

Rwayirwayi, carrying Loyiso on her back as she spoke to Sowetan at her home yesterday, said she was told to come back for more medication on November 17.

"I'm even afraid to put him down in case he has another seizure and hurts himself. This is stressful. I can't even sleep at night because I'm afraid. I have to watch over him," she said.

The tearful mother said when she went to the clinic a week ago nurses turned her back, saying it was too soon for her to have run out of medication.

"I explained to them that the doctors increased the dosage to 30ml per day, which means the 300ml bottle lasts for only 10 days, but they refused to give us more."

Rwayirwayi said instead she was rudely dismissed.

"The medication is there but they won't give it to us. My son is getting worse. I'm afraid that he will die if he does not get medication soon. He can't live without it."

Rwayirwayi, who is unemployed, said this was not the first time she had experienced difficulties getting her son's medication at the same clinic.

"I am tired of this. If I don't fight for my son's life no one else will? Loyiso cannot say anything for himself. I just want my child to get his treatment so that he can live [a normal life]," Rwayirwayi added, noting that she resigned from work during 2008 to look after Loyiso.

Rwayirwayi depends on his disability grant to buy food and diapers for his son.

"The family will be contacted by the sub-district manager in order to ensure that this patient receives his treatment.

"This is for the first time the department is receiving such enquiry from this area," Morewane said.

Vicky Lamb from Autism South Africa said many children with autism were also diagnosed with epilepsy and it was important for them to take their medication regularly.

"Unfortunately, so many of our parents are treated with disrespect and a lack of patience is often shown to our families. We believe this is often due to little or no awareness of autism, and no understanding or acceptance," Lamb said.