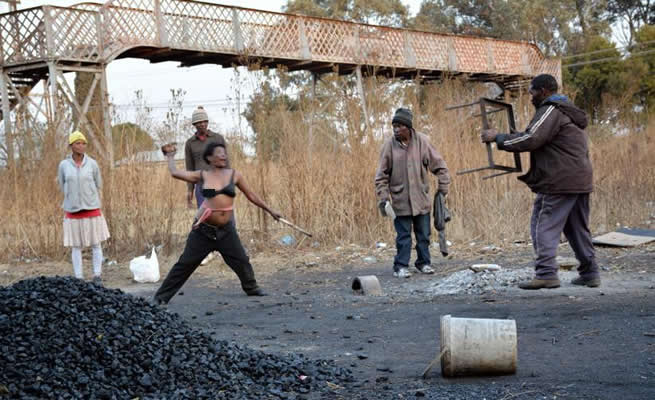 WHEN he found his girlfriend sitting between two men on Friday, her boyfriend accused her of cheating.

He fought with her and overpowered her but she later got her revenge and now he’s behind bars!

Her lover allegedly stole tyres and rims earlier, so she went to tell the owner who had done it.

The boyfriend was relaxing in his shack at Vlakfontein plots in Putfontein, Ekurhuleni, when suddenly cops arrived.

When they demanded he hand over the tyres and rims, he denied having them but they found the items and he was bust.

Constable Justice Ramaube said a 33-year-old suspect was arrested for possession of suspected stolen property and would appear in court soon.

“We thank the woman for reporting the suspect, otherwise we would still be investigating. The owner of the rims and tyres was relieved as he thought his property was gone for good,” Ramaube said.

“He came to the police station to tell us he had information on the whereabouts of his stolen goods and the cops rushed to the address where the suspect was found. We found him with the suspected stolen goods. We appeal to people to keep on working with the cops to fight crime in our area. The man will appear in court soon,” Ramaube said.