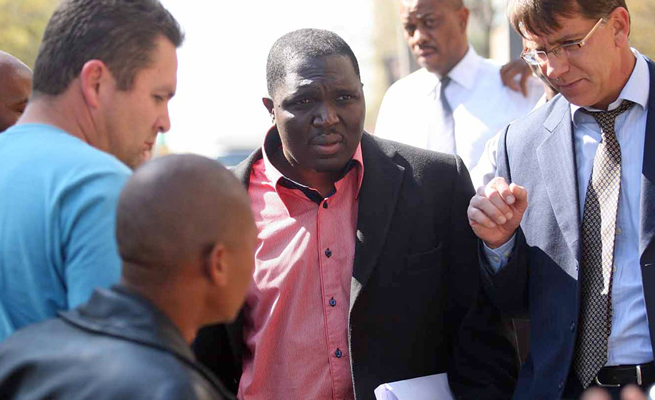 Sunday Times has been gravely humiliated to the extent of parting ways with senior journalists Mzilikazi wa Afrika and Stephan Hofstatter.

Wa Afrika and Hofstatter were part of a group from the newspaper's investigative unit who wrote a number of stories which were later established to be false.

These include the so-called rogue unit at the South African Revenue Service (Sars) which led to the exodus of senior executives, a fallout among political players and the establishment of the Nugent Inquiry.

While offering yet another apology today, the Sunday Times says that it has reflected on its reporting of allegations of police killings in Cato Manor in KwaZulu-Natal, the illegal deportation of Zimbabweans and the Sars rogue unit.

While the paper says that something went wrong in the process of gathering these stories, it adds that it was manipulated by those with ulterior motives.

The consequences of these false stories have been dire and far-reaching, with many of those implicated criminally charged, suspended or have lost their jobs.

The Sunday Times has conceded that journalists have their own verification tools and should have used them better.

The paper's legal editor, Suzan Smuts, says that Wa Afrika and Hofstatter have left on their own accord.

“They did a lot of good work on those stories, so basically there were two narratives involved and we focused on one and not the other, I think that’s the amazing thing.”

The Sunday Times says it also decided to return the awards and prize money it received for articles it ran about the Cato Manor “death squad”, the Sars “rogue unit” and Zimbabwean extraditions.

This was announced by the newspaper’s editor, Bongani Siqoko, in an op-ed carried in today’s edition entitled ‘We got it wrong and for that we apologise’.

“I believe it is only just and fitting for us to humbly reconsider our decision to accept such prestigious awards,” Siqoko wrote. “Accepting such accolades will be a negation of a higher journalistic ideal. It is for this reason we will be returning all the awards and the prize money.”