Home General News You are from the devil if you don't agree with Snake Prophet's... 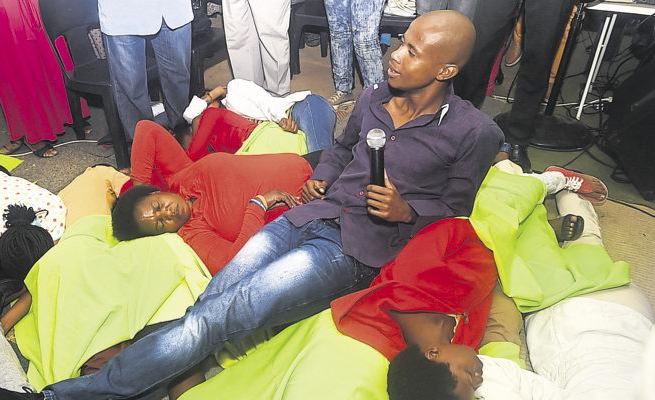 Prophet Penuel Mnguni thinks if you disagree with him over his choice of what to feed people during holy communion, you are from the devil.
The notorious pastor of End Times Disciples Ministries appears to be at it again, this time with frogs, mopane worms and Lord only knows what other tentacled creatures.

Prophet Penuel Mnguni, also known as the “Petrol Pastor” and the “Snake Pastor” (after giving congregants petrol to drink and snakes to eat) again declared in a Facebook post on Saturday that “biscuits and juice” for holy communion were old hat and that anything could be used to give glory to God.

He emphasises that his congregants should consume whatever he gives them “without asking no question” to prove their faith.

In his post he made it clear that anyone who may see things differently is working for the devil.

“People who ask questions, before they eat in the Lord’s table, become partakers with demons.

“In fact people who ask where is this meat coming from … It’s a sign that they have never believed in God. Jesus Christ said, it is not what you eat that makes you unclean, rather it is because of your heart.”

He said no food should be thought of as unclean. “They do not know that it is because of their evil hearts,” he said.

“So if Christ died for us why should we choose certain meat for food and begin to abstain from other food? Then it means Christ died in vain for the law is still bringing/raising questions in your heart.”

He promised a bumper sermon for church, adding: “Whether therefore ye eat, or drinks, or whatsoever ye do, do all to the Glory of God.”

Take a look at the images he uploaded to Facebook. 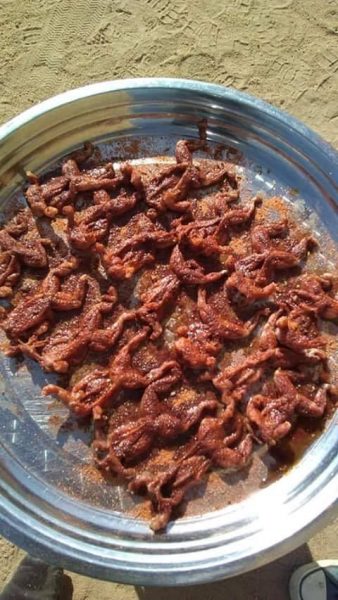 Mnguni was made to testify before the Commission for the Promotion and Protection of the Rights of Cultural, Religious and Linguistic Rights Communities (CRL Rights Commission) more than two years ago.

He told the commission he was instructed by God to give people “food for their soul”. Mnguni once told his congregants to eat rodents as if they were chocolate, calling his action a demonstration of God’s power that God had given people the power to turn anything into food. It came to light that he had begun making churchgoers drink petrol, telling them it would turn into Fanta Pineapple-flavoured drink.

Mnguni in the past also fed congregants snakes, rats, ants, hair weaves and pieces of cloth, told them to take off their clothes and rode them as if they were horses.

Mnguni is the understudy of Rabboni Ministries leader Prophet Lesego Daniel, who made headlines a few years ago for making his congregation eat grass.

Despite widespread condemnation and criticism from the CRL Rights Commission, his sermons have reportedly remained popular and followers have continued to pack out his church.