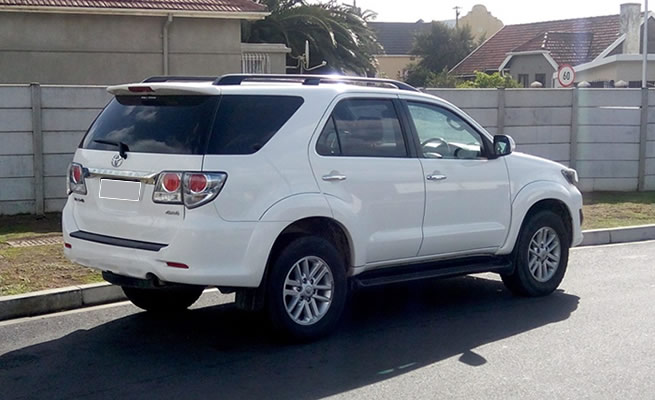 When Motsatsi Makola’s dad asked her to go to an initiation school for women to learn about dignity and respect, she said yes without arguing.

And when she returned home on Monday, she was met with a massive surprise.

Her father, Matshoboko (47) from Ga-Sekgopo Village, outside Modjadjiskloof in Limpopo, had bought her a Toyota Fortuner! Matshoboko said his 16-year-old daughter was very respectful.

“Even though she didn’t know what to expect at the school, she said yes very politely without asking questions.”

After spending seven days at the initiation school, Motsatsi said she couldn’t believe her eyes when she arrived home to find 100 villagers and a brand new car waiting for her.

The grade 11 pupil at Mohumi Secondary School said: “This is the best and biggest gift my dad has ever given me. I cried when he told me it was my car. I never even dreamed of owning a car.

“I am very grateful for what he has done for me and I will forever cherish this moment.”

Matshoboko, a well-known taxi owner in the village, said he is still going to organise a big party for her in December where everyone will be welcome to give her gifts.