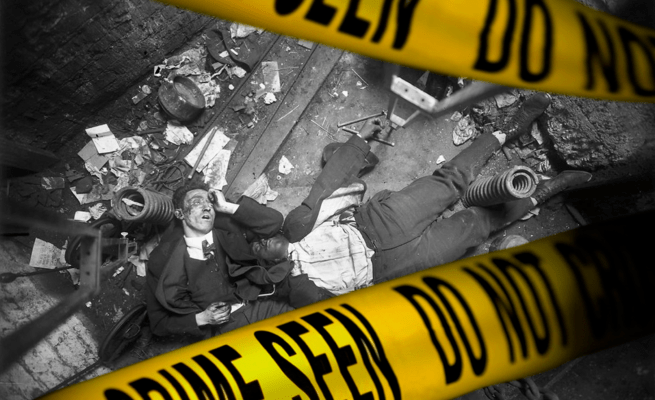 “I WARNED my husband not to leave me and join his friends at the tavern.”

These were the words of shocked Mathabo Khojane (41), when she learned that the body of her husband, Arlindo Cogane (47), had been found on Wednesday. He had been stripped and hacked to death the previous night. Arlindo was found naked in a pool of blood by a passerby in Thethe kasi, near Clocolan, Free State.

It’s believed the killer might have tried to hack off body parts but was disturbed. Mathabo told Daily Sun she had a bad feeling before her husband left home to go to a local tavern.


“I kept on telling him to stay home but he said he was not going to be long.

“Now I’m left with a body and a broken heart,” she said.

“I knew something bad was going to happen. When I woke up in the morning, I noticed he had not come home. I went outside and saw residents running towards something. My heart sank when I was told it was my husband.

“I was not allowed to get close to his body but I could see there was a lot of blood.”

Mathabo said Arlindo’s wallet was missing. “I believe someone killed him for body parts and that was why he was stripped naked. I want those responsible to pay,” she said.