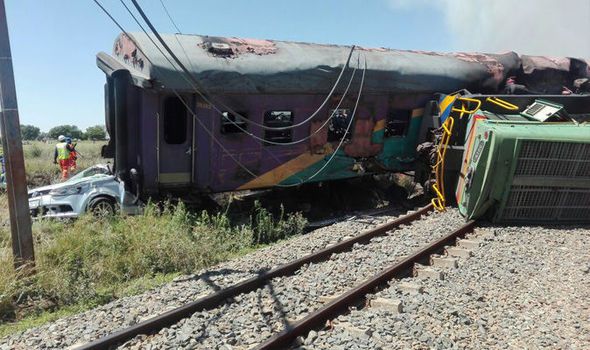 “Currently Netcare 911, Fire and Rescue Services, ambulance services as well as the SAPS are on scene, this is a developing story and an update is to follow,” the paramedic service said in a statement.

Spokesperson William Ntladi said: “The Ekurhuleni emergency services just received a call that at Van Riebeeck train station just outside Kempton Park, two passenger trains collided. We don’t have a clear indication yet of how many patients are on site.”

ER24's Russel Meiring said: "The injuries [range] from minor to serious. Current assessments will carry on until all the patients are treated by paramedics and will then be transported to the nearest hospitals. Relevant authorities are on scene and are investigating."

“The first train had a mechanical challenge and it was stationed in one of the platforms, coincidentally the second train came from the same railway line and crashed into the first one.”

“I am still responding to the scene. It’s confirmed through our call centre though the magnitude and impact is still unknown,” said Ntladi.

Meanwhile, Arrive Alive is advising motorists to stay away from the scene.