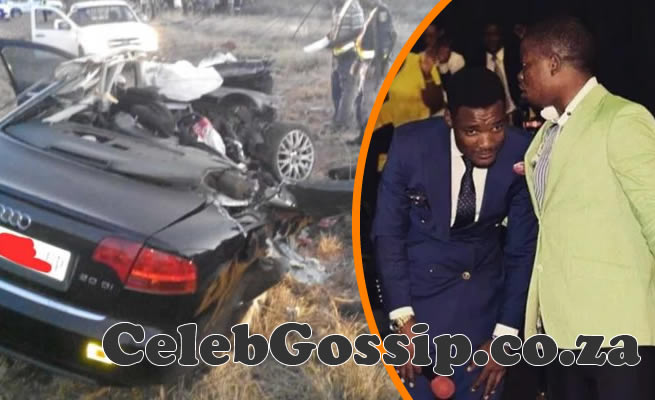 “It is with great sadness that I announce the sudden passing on of our great worshipper, James Nee who died early this morning in a car accident. I learnt that James along with my other two ‘sons’ Beston Khamba and Brain Glant were traveling in a vehicle that collided with a truck and in the process overturned and claimed the life of all three of them,” said Prophet Shepard Bushiri in a statement.

Nee, a singer, songwriter, producer and businessman from Malawi, is well known for being a singer in the Enlightened Christian Gathering church. He, along with two other people, were killed on impact when a truck and a sedan collided head-on along the N1 North near the weighbridge at around 04:00 this morning (Tuesday).

Bushiri says Nee touched the hearts of so many and was known for worshiping God relentlessly. “You were a great part of ensuring that souls were won to Christ. Your dedication, commitment, submission and loyalty to God have left an example through which millions will follow,” he added.

Onesimus, who also worships at ECG, wrote on his Facebook page where he said the death is so painful

“I will forever love you my twin brother, my elderly, it’s hard for me to post this, but this is the only way I can say my final goodbye to you, it’s painful… So painful.

“Go well king go ahead and sing with the angels. I WILL MISS YOU SO MUCH” wrote Onesmus.

The cause of this accident is not clear at this stage but a case of culpable homicide is being investigated, Police spokesperson, Col Moatshe Ngoepe said.

Details of the funeral and arrangements will be announced soon, Bushiri concluded.