THE ANC was a laughing stock over the weekend after the party’s website stopped working.

Anyone who tried to access the site was met with a message saying the website had been shut down due to non-payment and according to reports, the party owes the service provider a whopping R32,5 million!

When the website first went down, visitors were given a notification that read: “No input file specified.”

However, it was later changed to the far more embarrassing: “This website is suspended due to non-payment to the service provider.” 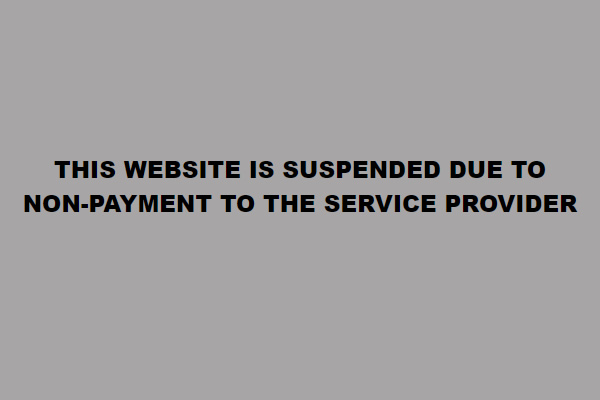 Apparently the ANC has been told the website will remain closed until the party settles its bill. The website has been down for the past week and according to reports, the service provider’s attorneys even wrote a letter to the party.

The letter claimed the party owed R26,5 million for a membership system agreement and another R6 million for a website agreement. The service provider has also demanded R467 412 in damages.

ANC spokesman Pule Mabe was not available for comment yesterday but he earlier denied the party had a contract with the service provider. He also denied that the website was down due to non-payment, saying it was just being revamped.

He said: “I do not know what hogwash this is. We don’t owe anyone R32 million.”