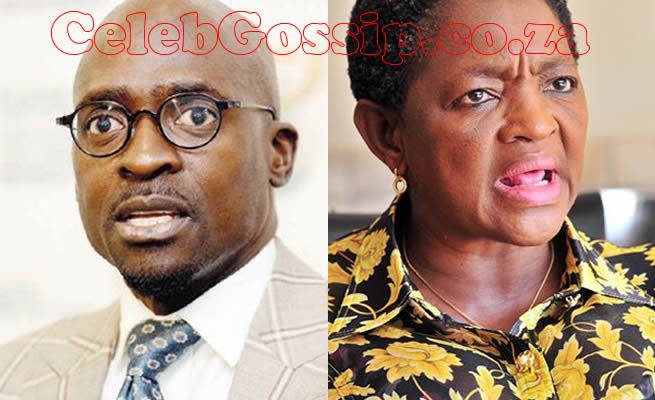 Speaking to the media during a briefing in parliament earlier today, DA leader Mmusi Maimane confirmed that he has written to President Cyril Ramaphosa asking him to fire ministers Malusi Gigaba and Bathabile Dlamini before October 5.

Joined by DA Shadow Minister of Social Development Bridget Masango, Maimane confirmed that the DA is willing to approach the courts to seek an order forcing the president to do so.

Part of the statement read: “The department of social development is perhaps one of the most important in government, as it is tasked with the welfare of the most vulnerable people in our society – young children, the elderly, orphans, the disabled, and foster children. It should be a source of national shame that such an important department was ever run by a minister like Bathabile Dlamini, and this shame is compounded by the fact that she now still remains in cabinet in a position of important responsibility for championing women’s issues.”

The DAs demands come in the wake of the Constitutional Court judgment against Dlamini in which she was ordered to pay 20% of Black Sash and Freedom Under Law’s legal costs, which run into millions.

While reading out the judgment, Justice Johan Froneman also called Dlamini’s testimony during the trial “not truthful”.

The DA stated: “Dlamini has failed in her job, having been directly responsible for the social grants crisis, which the DA believes she purposefully manufactured to ensure CPS would continue to distribute grants, no doubt for her own personal gain.”

The opposition continued in asserting that she “has time and again proven that she is incapable of governing a department and continuously failed in delivering on her mandate of protecting the most vulnerable in our society”.

They went on to label her an embarrassment that is not fit for office.

The DA added that even if the president fired Dlamini, they still intend on laying criminal charges against her for committing perjury by lying under oath to the Constitutional Court.

“We will also lay a complaint against Minister Dlamini, in terms of section 4 of the Executive Ethics Act. Section 2 of the Executive Ethics Act forbids ‘Cabinet members, deputy ministers and MECs from…exposing themselves to any situation involving the risk of a conflict between their official responsibilities and their private interests; (iv) using their position or any information entrusted to them, to enrich themselves or improperly benefit any other person; and (v) acting in a way that may compromise the credibility or integrity of their office or of the government’.”

While on the topic of perjury, the DA also intends on going after Home Affairs Minister Malusi Gigaba who they say is directly implicated in bypassing South African law to ensure that the Guptas were given citizenship when they were not entitled to it.

The DA stated that in February this year, in the matter of Fireblade Aviation (Pty) Ltd and the minister of home affairs, Judge Neil Tuchten of the High Court in Pretoria found that Gigaba, when he was still home affairs minister, “deliberately told untruths under oath” and that “he committed a breach of the constitution so serious that I could characterise it as a violation”.

The party has already laid a formal complaint with the public protector requesting that she investigate Minister Gigaba’s conduct in the matter and will now try to get the case expedited. They will also follow up by laying perjury charges against Minister Gigaba.