Home General News Shock as it emerges that extremely beautiful Sabrina Nkosi was born with... 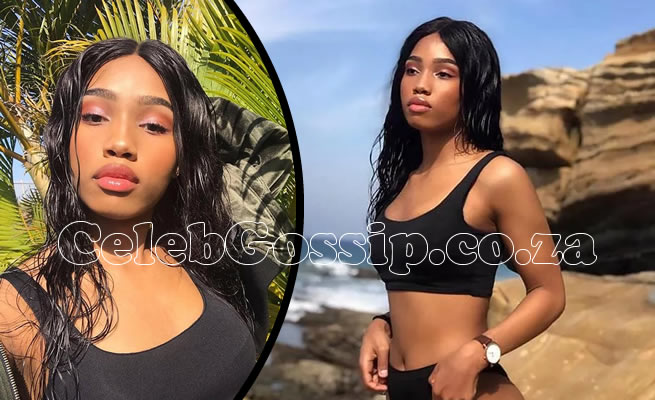 She is gorgeous and everywhere she goes, men turn their heads in her direction. But over the past few days, she has been confusing many on social media. This is because it emerged that Sabrina Nkosi was actually born a boy!

While some people had ugly things to say about the 17-year-old from KZN, others expressed admiration for her bravery in being true to herself.

Although Sabrina refused to say where she lived or what her birth name was, to protect her family, she spoke openly about her journey to becoming a woman.

She said although she was born a boy, she had always known she was actually a girl. Sabrina said even though her body was male, she knew inside she was female.

While she was growing up, kids at school and neighbours believed she was gay because she wasn’t muscular and she didn’t enjoy the same things as boys.

She said when she left home to go to friends’ houses, she would dress as a boy but as soon as she arrived, would borrow clothes from her female friends because she felt more comfortable dressed as a girl.

Sabrina said she was inspired to make her outside match her inside and get a sex change after seeing Olympic athlete and Kardashian stepfather Bruce Jenner’s journey to becoming Caitlyn Jenner.

“I had never seen anyone transform from a man to a woman but after I saw that Caitlyn did it, I knew it was possible and I wanted to do it too.”

Sabrina, who was raised by a single mum, told Daily Sun: “It was hard for me to tell my mum about my situation.”

She said it took time for her mum to accept the news but after a while, she accepted it and supported her all the way.

“I will always be thankful to her,” she said.

Sabrina said she took female hormones to fully transform into a woman. “Now I am a woman and I feel comfortable in my body. Some people are still criticising me but that’s OK,” she said.

Sabrina said she was happy to share her story so that other people going through the same struggle could have an easier journey.

People needed to understand there was nothing wrong with being transgender. “It’s not an illness or some sort of disease. It’s just how you are.”

Sabrina said instead of criticising, people should be supportive of transgender people. Cultural expert Mzwandile Shange said it was not a normal custom in African culture.

“It’s not usual at all but nothing happens for no reason,” he said.

Transgender people often experience gender dysphoria, which means their sex does not match their personality. This condition can make them very unhappy and in some cases, can even lead to suicide.

Among the treatments available is sex reassignment, which involves taking hormones to change the body like growing breasts or facial hair, and surgery to change their private parts.