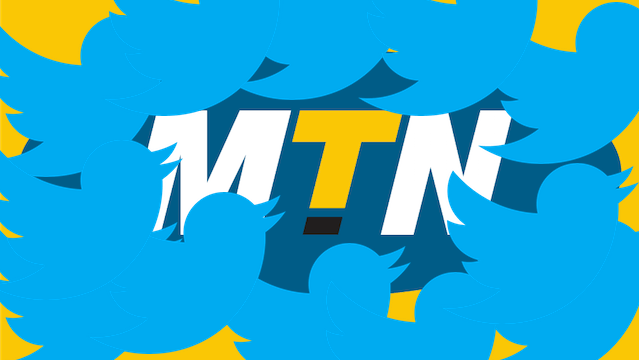 Cellular giant MTN has announced that it will stop offering customers free Twitter usage on midnight this coming Tuesday.

“After providing free Twitter to millions of subscribers for an unprecedented four years, MTN’s industry-first free Twitter service will come to an end at midnight on 25 September,” a statement issued by the company said.

witter users immediately came up with the hashtag #RIPFreeTwitter, voicing their feelings about the change, as well as the hashtag #MyLastWordsToFreeTwitter which saw MTN subscribers flex their senses of humour.

Popular parody account @AdvBarryRoux was among those who weighed in.

MTN is ending free Twitter on Tuesday next week. From 25th September You are own your own. I am sure Cyril Ramaphosa told them that "We can't be giving them free twitter." ???? ???? ???? ???? #RIPFreeTwitter pic.twitter.com/hBQqpIcERQ

#MyLastWordsToFreeTwitter
I can't believe I must bid farewell to my most loved…
I will miss u…
????????????
This is my goodbye… pic.twitter.com/gJlj0ARKJ0

#MyLastWordsToFreeTwitter Facebook Coach is here to transport you back to Facebook Village R35 per person + free Drink ???? & free entertainment you can call us 0718640390 pic.twitter.com/Gom9jhgp4f

According to MyBroadband, MTN said it had over 13 million Twitter users on its network in August 2018, with 1.9 petabytes of data being used on the network per month.

“Overall usage trends towards video and images have determined that it is no longer feasible to offer a service like Twitter for free due to the cost and demand it places on the network.”

This comes after the major cell-phone service provider recently placed a 500MB usage cap on its free Twitter offering, claiming that exploitation by hackers had pushed them to make the change.