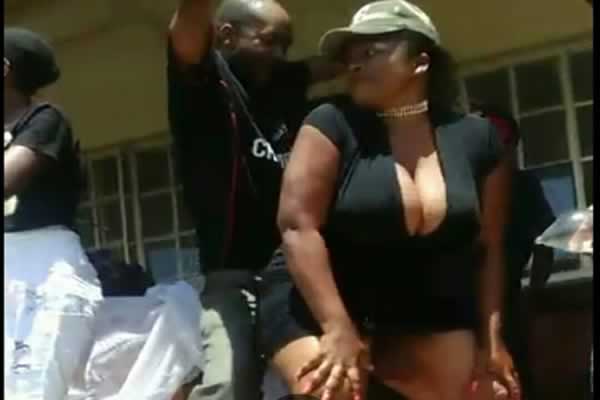 "Im killing myself, this life is useless without clients"

These were the words of a self-confessed sex-smith shouting from the top of a bridge.

After an attempt to end her life, she set in the sun between a railway and the bushes where she showcases her fornication business to every man that passes on the path that crosses the railway.

When no man passes through, she speaks to herself demanding money from clients who paid her.

After midday, she apparently goes from shack to shack in Phomolong Mamelodi East Tshwane asking for condoms.

The behaviour of this thigh vendor has worried local women for some time.

The women claim to have sought help for the adultery engineer without any success.

They said they are afraid the prostitute could be very depressed and needs help.

Resident Martha Rankapole (48), said she fears that one day the 'No under 18 entertainer' will succeed in killing herself.

"I think years of abuse at the hands of her clients has traumatised her.

“She has been beaten and picked by passer-by’s many times.

“After such incidents she disappears for some time and comes back to the streets when she has healed," she said.

She said the woman is in no state to be a hooker. She certainly is South Africa's cheapest prostitute, with her price list starting from just R5 per round.

"She is not in a good state of mind, she cannot negotiate and we hear that sometimes she tells people that she charges 5 rand per sex round, she needs help," she said.

Rankapole said attempts to get her family have failed.

"She tells us different names every day, I hope men become sympathetic and stop buying her services," she said.

The SunTeam visited the prostitute who said she was mrs nyaope and she was speaking to herself.

The 'forbidden-fruit-vendor' told the SunTeam to stop asking her questions, but rather buy her services.

"I have a 10-year-old child that I'm looking after, I work under the bridge and I'm happy," she said.

Her behaviour resembled that of an unstable woman, as she would change her statements.

She said she does not need help, as she has devoted her life to addiction, making money and she not prepared to quit.

"You should stop taking pictures of me and give me money. I'm the president of my life and I'm dangerous as well," she said.