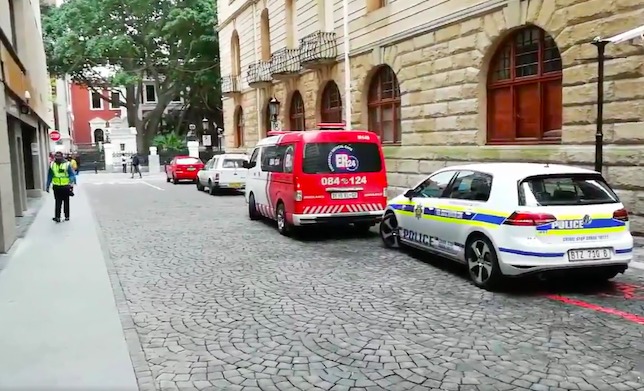 A parliamentary worker has apparently committed suicide near parliament in Cape Town on Friday.

Emergency services have attended to the scene.

National police confirmed that the man was shot and killed in an office adjacent to the national legislature.

Police spokesperson Vish Naidoo said it appeared the employee was shot dead in his office.

Naidoo added: “At this stage we don’t have any evidence that suggests there was any foul play. It didn’t happen in Parliament but in an adjacent building on 90 Plein Street.”

Parliament said in a statement that they would assist the family to come to terms with the tragedy.

JUST IN #Parliament has issued a statement on the parliamentary official who committed suicide at parliament earlier today @City_Press pic.twitter.com/9DUMuvbnAv

#shootingparliament how did he get his gun into #parliament??????

Shooting at Parliament. Apparently a man shot himself on the second floor. pic.twitter.com/avRANJyFvn