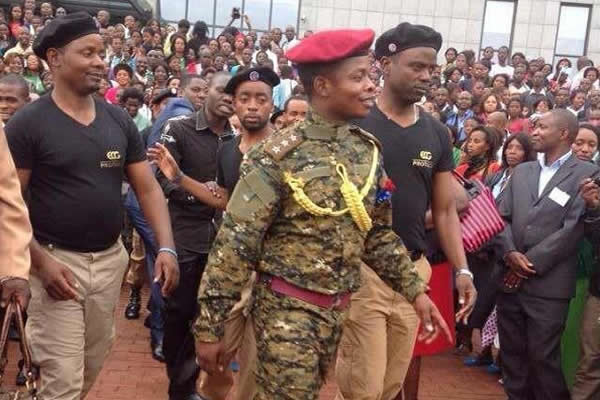 An angry Nigerian family is breathing fire as they believe the body of their son, Danjuma Ayiku (41), was kept away from them while his girlfriend tried to bring him back to life.

They said the girlfriend, Thelma Hanyane, was being assisted by pastors from prophet Shepherd Bushiri’s church.

Inga Ayiku, Danjuma’s sister, said they heard people had been going to the mortuary to rub oil on her brother’s body.


“The resurrection was supposed to happen on Sunday,” she said.

Danjuma had been in the country for 16 years until his death on 31 August. He had been dating Thelma since June and they were living in Tshwane.

“Thelma phoned my father to tell him Danjuma had died but she refused to allow anyone to identify him until Monday,” said Inga.

Danjuma was identified by officials from the Nigerian Union in SA.

“We were told his corpse was swollen and smelly. He had blood in his nose and bruises on his neck,” Inga said.

She said Thelma told the Nigerian Union SA she would be burying Danjuma tomorrow.

Inga said: “We are preparing to collect his body. Who does she think she is to make funeral arrangements?”

Thelma said her church believed in resurrection, although they had never tried to do it.

“Danjuma’s father said they didn’t have money so I decided to bury him because I loved him,” she said.

“The body was decomposing because the fridges at the mortuary were faulty.”

Attempts to get hold of Prophet Bushiri were unsuccessful.