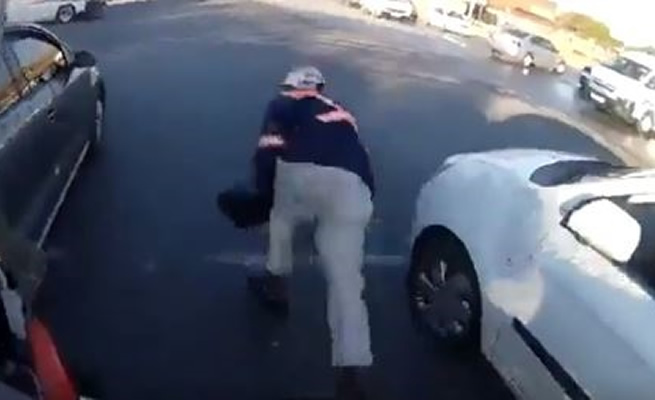 A smash and grab thug’s luck ran out while stealing from a motorist.

It appears that the man broke the car window before attempting to steal what looks like a laptop bag.

A video circulating on social media shows the thug grabbing and pulling a bag from the car that was waiting at the robots.

As the thug was fighting for the bag with the driver of the car, a biker pulls from behind and hit the thug to the ground.

But he still managed to grab the bag, get up and ran away.

However, the biker followed him until he dropped the bag and disappeared into the kasi.

It is not yet known where exactly the incident took place but lots of social media users praised the biker for his bravery.

The video was shared on Twitter by Yusuf Abramjee.