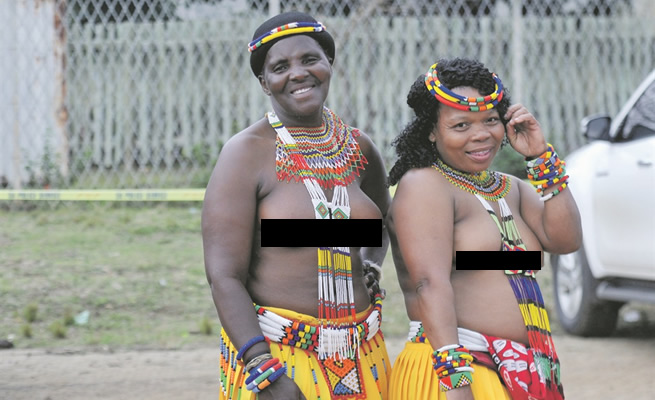 She is happy she kept her virginity until marriage!

Ngenzile Mngadi (55) from Mkhizwana near Pinetown, west of Durban, is still a virgin and excited to be getting married soon.

Daily Sun met her during the reed dance at Enyokeni Royal Palace in Nongoma, KZN on Saturday.

Ngenzile said since she was a teenager it was always her dream only to have sex after marriage.

She said she has been part of the reed dance for 30 years. “I don’t regret keeping my virginity and pride myself on it because in our culture, it is not good to have sex before marriage,” said Ngenzile.

She met her fiance over 25 years ago and they have been having ukusoma to ensure she doesn’t lose her virginity. She waited all these years while he collected enough money to pay lobola for her.

“I thank him for respecting my choice to keep my virginity.”

Ngipheni, from Mafunze Village in Pietermaritzburg, told Daily Sun she prides herself on being a gogo and still a virgin. “I decided while still a teenager this was what I wanted,” Ngipheni said.

She said while other people often mock her, she doesn’t regret it.

“Look at the number of people who get pregnant before marriage and have Aids. Being a virgin is the sweetest way of being sure I’m safe.”