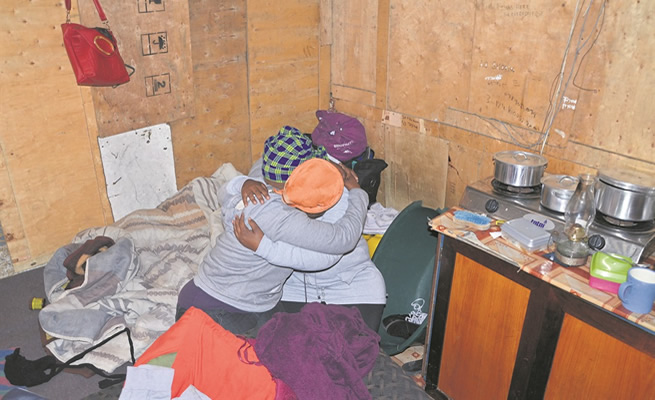 When their mum died, the two young sisters could find no one to take them in.

Unemployed and facing hunger, they were left with only one choice – to become prostitutes.

But now they are begging for help to leave the sex trade behind.

The sisters, aged 23 and 24, from Marikana squatter camp in Cape Town said they were tired of using their bodies to earn money.

The older sister said: “We are tired of doing this because it is ruining our chances of a good and happy future. Men are taking advantage of our situation.”

The sisters started to sell sexual goodies after their mother died of a stroke in June this year and they were left with no one to help. They have been trying to work but have had no success.

"It’s not that we’re not trying to find jobs. We wake up every morning to look for work but until now we’ve got nothing,” they said.

“We are tired of sleeping with men in exchange for money. We plead with anyone who can help us find work because we are tired of this life. Some men poke us and when it’s time to pay they only give us R20 or nothing at all. We take what we can get just to buy toiletries and food.”

The sisters often go to clubs and when men flirt with them they simply tell them they are selling sex and not looking for a relationship.

The older sister dropped out of school in grade 11 while the younger woman only completed grade 9.

They live in a crumbling shack that leaks when it’s raining.

“We want to get out while we still can. We came to Daily Sun because we’ve seen other people being helped,” said the younger sister.

“Social workers from the victim empowerment programme will assist them,” said Ngobese.