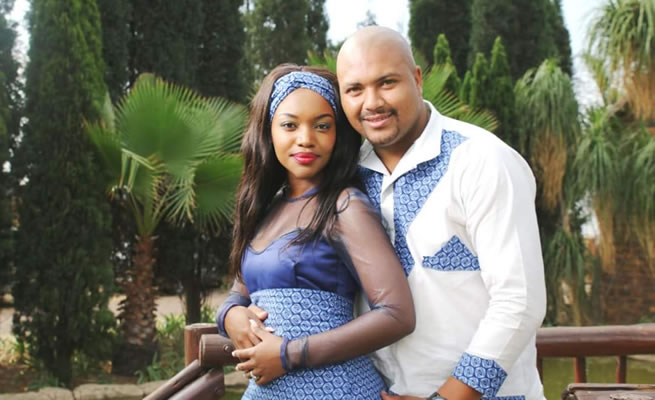 THE court was packed on Tuesday when Itumeleng Makhalemele-Maseko made her first brief appearance for allegedly murdering her husband Caswell Maseko.

The 26-year-old lawyer was in Court B of the Witbank Magistrates Court in Emalahleni, Mpumalanga.

She is accused of stabbing her husband, Caswell Maseko (30) to death after an argument in the early hours of Saturday morning.

She was not asked to plead.

Itumeleng apparently fled the scene after the incident, and went to Tshwane where she allegedly considered suicide before being rescued by friends. She handed herself in to the police on Monday. Before the tragedy occurred, Itumeleng had been accused by her husband of cheating and having sex with several other men who she was allegedly being linked to by her close female friend.

The young couple was known in Emalahleni for their lavish lifestyle, beautiful cars and big house.

Before Itumeleng appeared, a group of men arrived at court wearing T-shirts with “Team No Bail” printed on them.

Mash Mashego, a friend of the victim, said they didn’t want the accused to be granted bail.

He said if she was sorry for what she had allegedly done, she would have handed herself over to the police immediately after realising her husband was dead.

Mash said he and Maseko’s other friends would get legal advice to make sure justice was done.

The victim’s younger brother, Thabang (18) said he was left stranded as his brother had been taking care of him financially since their parents died.

He said he was still in shock over the incident and would never have thought anything like this could happen to his brother.

“My brother was a kind person and what I liked most about him was that he had a giving heart. He was involved in helping the community and now that he’s gone a lot of people will miss him,” he said.

Itumeleng Maseko’s bail application was postponed to next week as further investigations take place. She will remain in custody till then.

Meanwhile, alcohol and accusations of infidelity are believed to have led to the death of Caswell Maseko whose lawyer wife, Itumeleng Maseko, 26, faces a charge of murder.

Sources at the complex where the couple was residing said the female lawyer and her husband arrived at home at around 3am in separate cars.

“The wife arrived first with a female friend, and her husband arrived about 20 minutes later. They all looked tipsy. About 30 minutes after their arrival, the wife’s friend came to the guardhouse crying. She claimed that her friend’s husband was beating them. She said the deceased was accusing her of inviting his wife to parties and introducing her to male companions,” said the guard who spoke to Star on condition of anonymity.

I’m told that when they got to the house they found the man already dead. While I was waiting for them to come back, I saw the wife driving towards the front gate at high speed. She had managed to open the gate with a remote control. They used to fight a lot and in most cases we would end up intervening,” added the guard.

A rclose relative to the late businessman said Itumeleng had previously warned that she would one day stab her husband to death.