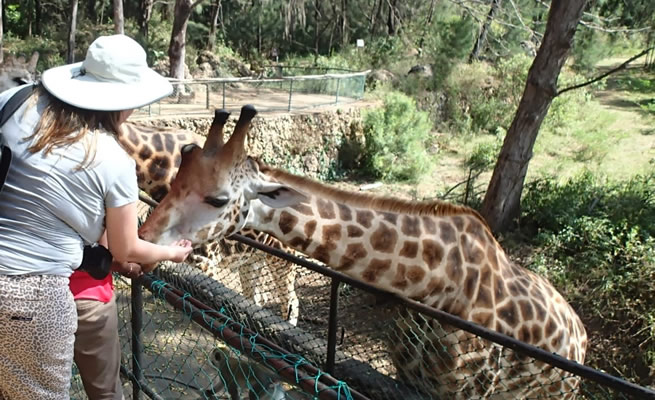 A mother and child were left critically injured yesterday afternoon after they were trampled by a giraffe on a farm in Hoedspruit.

“ER24 paramedics were alerted to this incident after the Hoedspruit Medical Rescue arrived on the scene and assessed the patients. Assessments showed that a mother, believed to be in her 30s, as well as a 3-year-old boy, had sustained numerous injuries and were both in a critical condition,” Hannes Meiring from ER24 said.

The mother and child were treated for their injuries by Hoedspruit Medical Rescue and thereafter rushed to a nearby airfield where the two ER24 Oneplan Helicopters were waiting.

Further treatment and advanced life support interventions were initiated, in an effort to stabilize the patient’s vital signs.

Once treated, the two patients were airlifted to Busamed Modderfontein for urgent treatment.

Two months ago, an alleged poacher was arrested soon after being trampled by elephants in the Kruger National Park earlier on Sunday, reports the Lowvelder.

According to SANParks’ media specialist Ike Phaahla, the man was confirmed to be part of a poaching group.

“He was arrested by the SAPS after he was injured while running away from elephants,” Phaahla said.

Earlier on, three suspected poachers who were apparently hunting for rhinos were mauled to death and eaten by lions at a game reserve in the Eastern Cape.

International News Flaxie Mkhize - 1 August 2020 0
Malcolm MacDonald has a penis built on his arm. Malcolm MacDonald (45) from England lost his penis to a horrific blood infection. He has since become...

General News Skhumba Hlongwane - 1 August 2020 0
Deputy Finance Minister David Masondo has reportedly asked the ANC’s Integrity Committee for “further guidance” after it recommended that he should step down from...
Loading...