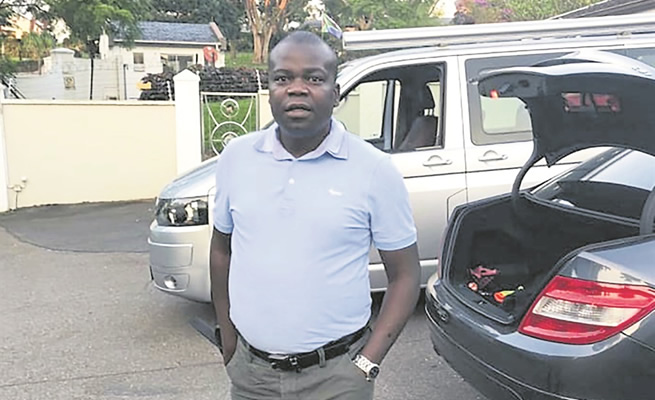 TAXI boss Siyabonga Ndlovu left a meeting with association members on Wednesday night and rushed to be with his family.

But the Pisang Taxi Association chairman never made it into the house.

He was shot several times, allegedly by two men, outside his home.

He was shot four times in the head, twice in the back and once in his leg.

The family of Siyabonga (38), from Inanda Newtown C, said they wondered what could have happened at the meeting.

A relative told Daily Sun Siyabonga had told them he was trying to resolve issues but didn’t say what those issues were.

“Because he was killed after returning from the meeting, maybe the people he met there will tell us what happened,” said the relative.

He said they were still waiting for more information from association members.

“Siyabonga had been an association member for more than 10 years and had four taxis.”

Musawenkosi Shandu, a fellow association member, confirmed that Siyabonga was killed, apparently as he returned home from their meeting.