Home General News Till your side chick do us part… Wife breathes fire as hubby... 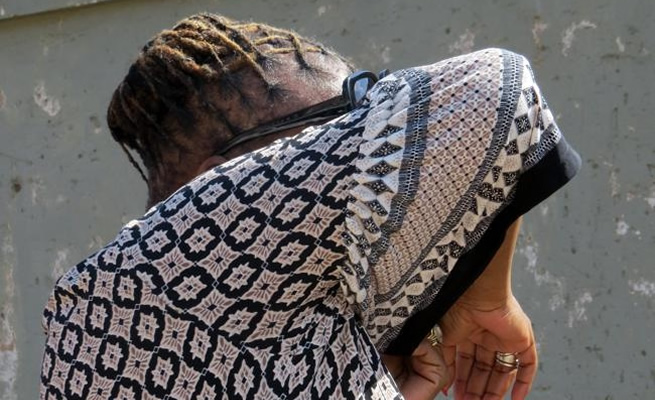 Out of the blue, Dina’s husband announced that he had fallen for a beautiful side chick and wanted her to be his second wife. But if he thought Dina would be happy with the new deal, he made a big mistake…

Dina isn’t ready to share her husband and she’s ready for a fight!

Dina Mdluli (48) from Westonaria, west of Joburg, said she had known her husband for 38 years.

“We’ve been married for 23 years. Now, suddenly, a new woman appears out of nowhere,” said the fuming wife.

She even sent the side chick WhatsApp messages telling her to stay away from her husband.

Dina’s husband Sibusiso (50) said it was part of Zulu culture to take more than one wife.

“I love them both and I want to take Khosi as my second wife. I can’t have just one woman,” he said.

But Dina wasn’t ready to accept this: “It may be part of his Zulu culture, but I’m a city woman. I’m not rural. I’m prepared to fight to stop my man from marrying again.”

Dina doesn’t believe it’s got anything to do with culture.

“This girlfriend is after money. It may be part of his culture but getting robbed isn’t part of my culture. I can’t be robbed like this. I’m not going to let her ruin my marriage,” she said.

Dina said her husband had told her on Valentine’s Day that he wanted to take a second wife.

“I thought he was joking, but then I saw these loving messages on his phone. I sent her message and told her to stay away from my husband.”

Dina said the new woman in her man’s life has probably had a failed marriage.

“Why was she dumped? I love my husband. We don’t want to be burdened with her and her children.”

Daily Sun spoke to side chick Khosi Nkosi (40), who admitted that Sibusiso had asked her to marry him.

“The wife called me and I met her and her husband. He told her he wanted to marry me as a second wife. But she was not happy about it. Wow she harasses me,” said Khosi.