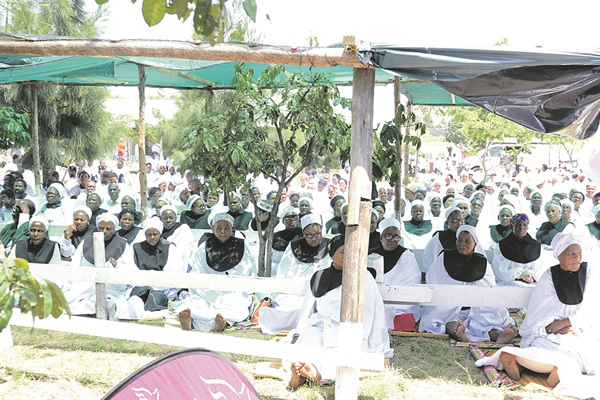 When Karabo wanted a second husband in Generations: The Legacy, it was only a soapie. But now some women from the Shembe Baptist Church are asking for the same thing!

A group of women members have allegedly written to the South African judicial council asking for the same status as male members – and that includes the church’s marriage policy.

In the letter seen by Daily Sun, the women said if a man was allowed to take another wife, women should be allowed to do the same thing.

One of the women said it was time to fight cultural oppression. She said years ago, men left their women at home to go to the mines and the women only had sex during the December holidays.

“It was not enough for the man to just send money home to his wife,” she said.

She said the women at home had other needs, not just food.

“We must be allowed to marry a second husband. If my husband is spending time with another wife, I must also have another man to go to,” she said.

Wellington Myeni, chairman of the council, confirmed that some women complained that the church marriage policy discriminated against them. “We have no idea how to handle the matter. I will have to take it to the leadership,” said Myeni.

Church spokesman Thokozani Mncwabe said after hearing about the letter, senior women distanced themselves from the request. He said he doesn’t believe the women were genuine church members.

“The church has always allowed a man to have more than one wife. Women join the church knowing very well that polygamy is allowed,” he said.

Advocate Sifiso Sithole said women could win the case in court because all people have equal rights before the law. He said if the court allowed same sex marriage, he doesn’t see why women shouldn’t be allowed another husband.

Zulu culturist Jabulani Maphalala said Africans should be ashamed of the request.

He blamed Western civilization. “In African culture the woman is not equal to the man,” he said.