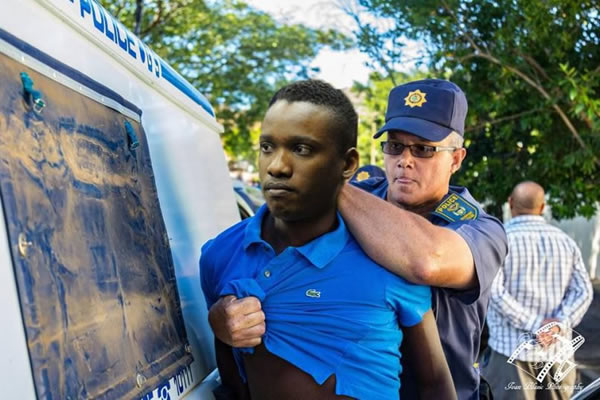 Former president Jacob Zuma arrived at the Randburg Magistrate's Court on Thursday for his son Duduzane's appearance on two counts of culpable homicide.

They arrived together, and Zuma took a seat in the gallery. He laughed and cracked jokes with journalists in the courtroom.

At Duduzane's last appearance in July, the case was postponed for the disclosure of inquest proceedings and content of the docket.


Duduzane was summoned to court after the National Prosecuting Authority decided to go ahead with prosecuting him after declining to do so in July 2014, citing insufficient evidence.

The case relates to a car accident that occurred in February 2014, when he crashed into a taxi after losing control of his Porsche on the Grayston Drive off-ramp on the M1 north of Johannesburg.

Phumzile Dube was killed instantly, while three others were injured.

A second woman, Jeanette Mashaba, died a couple of weeks later. However, during the inquest it was found that her death was not a result of the accident and that she died in hospital of natural causes.

Zuma denied any wrongdoing in both the culpable homicide case and the corruption case, which is being heard in the Johannesburg Commercial Crime Court.

Zuma is charged with corruption, alternatively conspiracy to commit corruption, relating to an alleged R600m offer made to former deputy finance minister Mcebisi Jonas in 2015 by Ajay Gupta, in Zuma's presence.

The State alleged that Gupta offered Jonas the position of finance minister at the family's Saxonwold compound.

Jonas claimed he refused the offer and left.

The State alleged that Zuma was party to the crime because he was present.