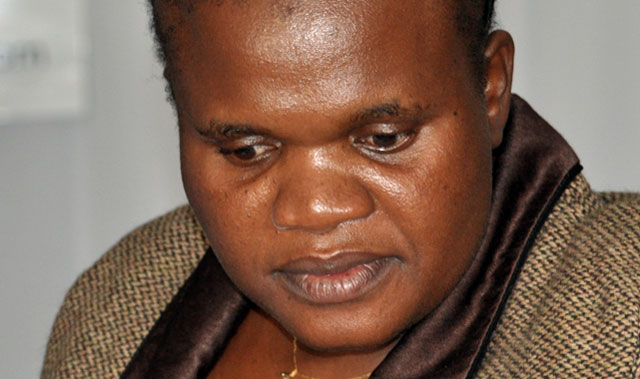 Six months after her sacking from the cabinet by President Cyril Ramaphosa, former minister of communications, and public service and administration, Faith Muthambi, is broke and destitute.

That’s if some scammers who are purporting to be the former minister’s friends are to be believed.

Sunday World can reveal that Muthambi’s friends and comrades in the ANC have been inundated with WhatsApp messages from her cellphone number asking them to send her money via e-wallet.

The messages that claim Muthambi urgently needs the money are a plot to scam her friends and loved ones.

It is also understood that she has now taken the fight to Telecoms giant Vodacom, and has accused the company of failing her as a customer by authorising a SIMswap on her number without authenticating the person who requested the swap.

Muthambi filed a hard-hitting five-page letter of complaint demanding an explanation for the mishap, but Vodacom allegedly responded by only reinstating her number.

The fuming former minister allegedly suspects an inside job and allegedly accuses Vodacom employees of collaborating with scammers.

Sunday World has also seen a message sent by Muthambi to her family members and friends dated Sunday August 12 2018, in which she asked them to ignore requests for money in her name.

“Dear family and friends: If you receive any whatsapp asking you for money, like the one above, it’s not me. Someone has hacked my phone and I am still attending to it with Vodacom…,” reads Muthambi’s message.

Muthambi allegedly found out about the matter on the same day, but the scammers had already secured money, between R2 000 to R5 000, from almost 15 of her family members and friends.

Muthambi confirmed that her phone was hacked and used to solicit money from people close to her.

She said the incident happened on a Sunday, when her phone suddenly went down, only to discover that someone had called Vodacom on her behalf and asked to do a SIM swap of her number.

“This is serious negligence, Vodacom must take full responsibility,” she said.

“This is very traumatising. I feared that they were going to deplete my accounts and leave me with nothing.”

Muthambi said scammers left her with a huge airtime and data bill and were still using the number to solicit bribes from people in her name.

“Vodacom can confirm that it received a SIMswap request for the number in question. We alerted the customer to the request and asked her to contact us in the event the service had not been requested. Unfortunately, the customer did not respond to the SMS.”