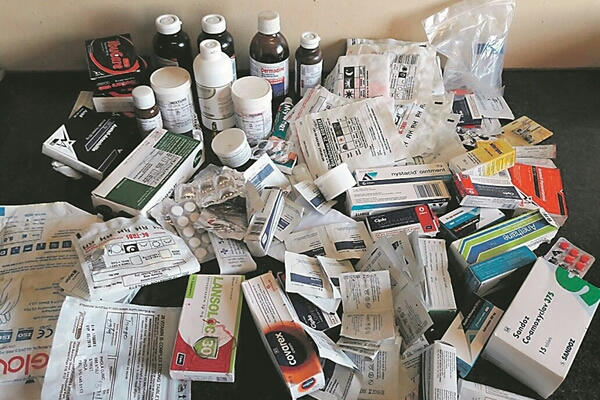 While South Africa is struggling with the supply of both injectable and pill contraceptives, clinics have added antiretrovirals (ARVs) to the list of shortages.

The department of health has been having trouble supplying clinics with ARVs for the past two months, resulting in a number of clinics turning away patients without medication.

Health department spokesperson Popo Maja initially told City Press that he was unaware of the shortages, but after consulting with officials he confirmed that it was true and said the department was working on it.

“I can confirm that there is indeed a shortage of the Zidovudine and Lamivudine fixed dose combination,” Maja said.

He said the shortage was a result of a challenge with Zidovudine.

According to Maja, new legislation in China – where Zidovudine is manufactured – related to industrial pollution “impacted on both manufacturers currently on contract experiencing supply constraints”.

He said additional volumes were sourced by the suppliers from alternative manufacturers and that the supply was starting to normalise.

Maja said that the situation “is now near normal” and patients were informed at their points of collection.

But according to 28-year old Mampho Skosana*, she was told by the nurses at the Nokuthela Ngwenya clinic in Gauteng that she will have to stop her HIV treatment for a while because the clinic is out of stock.

Skosana, who has been taking ARVs for 10 years, said she was given a date to come for her treatment, but “it has been weeks now and I still do not have the medication. They told me to wait because the medication is not available nationwide”.

Nurses told her that they were also not sure when the medication was going to be available at the clinic.

“They told me that there is nothing they can do … I will just have to wait for a call from them. They said it is possible that I might get sick, but they cannot do anything.”

Julia Hill of Doctors Without Borders said they were working closely with the Stop Stockouts organisation – which assists those whose lives are threatened by chronic shortages of essential medicines and children’s vaccines in South Africa – in trying to advocate for patients and try to decrease such situations.

“We do try to advocate for these problems to be solved. People reach out to us, we call the clinics to verify what the problem is. People should speak about this and we will help address the problem,” said Hill.

Hill said that no patients should be turned away without medication.

“Stock-outs of essential medicines like ARVs or TB medicines places the health of our members and people in our communities at risk. TAC is committed to continuing to monitor stock-outs across the country and advocating for systemic solutions to these stock-outs and shortages of medicines,” said Yawa.

People who are turned away from clinics empty handed are advised to immediately get in touch with the TAC and the Stop Stockouts Project – send a Please Call Me, SMS, or call 084 855 7867.