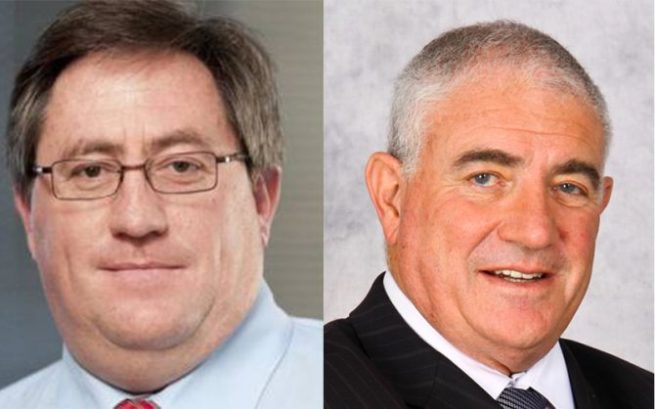 R14 million will be recuperated from two former University of Johannesburg (UJ) executives who fraudulently siphoned the money from the institution, The Star reports.

The university brought a court application for damages against the two executives, namely Professor Roy Marcus, the former chairperson of the institution’s council, and the fired deputy vice-chancellor of finance, Jaco van Schoor.

It is reported that the two executives did not oppose the application made in the High Court in Johannesburg.

The presiding officer granted the order against Marcus and van Schoor and the companies they made use of to fraudulently siphon the money from UJ.

According to the court order, the university must be repaid the money by the two executives and it is further reported that paying back the money does not mean the pair will be immune from facing criminal charges.

The Economic Freedom Fighters (EFF) Students Command, which welcomed the court order, has been calling for the pair to face criminal charges.

Their chairperson, Zwelakhe Mahlamvu, told The Star the money stolen by the two executives could have been used for the gain of the university.

Mahlamvu said the police should arrest the two executives, who should then face prosecution.

Last December the university laid charges against the pair at the Brixton Police Station and the case was taken over by the Hawks.

They confirmed with the publication that investigations into the matter have been ongoing.

The pair’s fraudulent activity was revealed last year when it emerged that the two executives had abused their positions to siphon money from the institution to companies they had links to using fake invoices.

The money the two executives swindled from the university had been meant for installing solar geysers at the institution, including at it residences.

It is reported the executives aided the companies to receive payments for work not done, which the university said in court papers constituted fraud.

In court papers, the university said no services were rendered to the institution in return for payments made.

It further stated that procurement processes had not been followed.

The money was then siphoned to Innovative Investment Corporation, a company the pair were directors in.

Celeb Gossip Flaxie Mkhize - 1 August 2020 0
Generations: The Legacy actress Manaka Ranaka has weighed in on a debate around the custom of serving food to men and waiting on bended...

Celeb Gossip Innoe Malaba - 1 August 2020 0
Bonang Matheba is set to leave South Africa as early as next year. The media personality recently revealed that she is heading for the...

Celeb Gossip Lee Nyathi. - 1 August 2020 0
Early Mornings With Karabo on 5FM is her latest venture. Throughout her 17 year career in the local broadcasting industry, media personality Karabo Ntshweng has...
Loading...