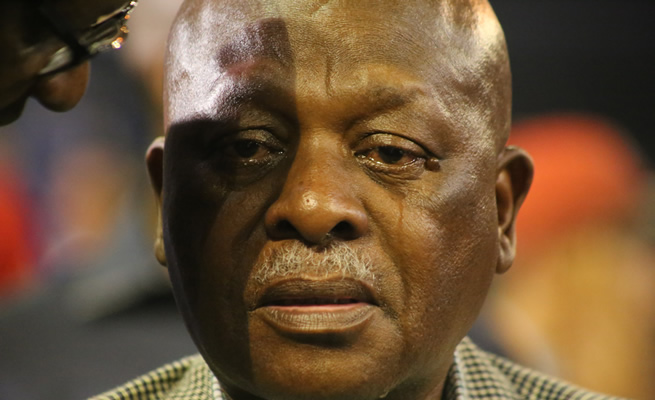 Sam Meyiwa is in hospital and his family believe his health is failing because his son, late Orlando Pirates goalkeeper Senzo’s murder case, hasn’t been solved.

Sam was rushed to the Prince Mshiyeni Memorial Hospital in Umlazi, south of Durban, after suffering a stroke on Monday.

She said Sam hadn’t been well since last week when police announced they were closing the case.

“We believe he’s struggling to come to terms with the news. It’s been four years since Senzo was killed, but no one has been arrested. Last week we heard the Hawks were no longer investigating, which means we’ll never know who killed him. If cops had arrested the killers, Sam would have had some consolation,” said Jabu.

Former AmaZulu midfielder Ntokozo Sikhakhane, who last month organised a benefit game to raise money for Senzo’s tombstone, said he was shocked when he heard Sam was in hospital.

He said he will visit him in hospital. The former soccer player said he hoped Sam would recover soon as they were planning to unveil Senzo’s tombstone in October.

Sam has been making headlines with complaints about the lack of progress in the investigation into his son’s murder. He said he would ask Zulu king Goodwill Zwelithini and President Cyril Ramaphosa to help him.