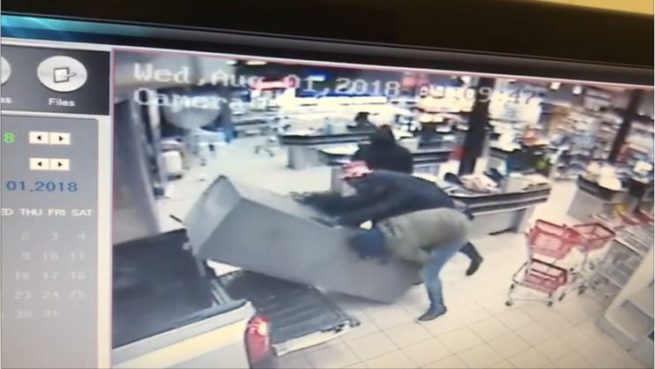 A footage from CCTV that has been circulated on social media shows a crime that happened on Wednesday morning, reportedly at a Spar supermarket in Lady Frere, Eastern Cape.

Armed robbers worked together to heave the entire ATM machine on to the back of their bakkie before casually driving off.

Emerging details are that seven men made off with the Net-1 ATM loaded on to their bakkie after an armed robbery in the store.

The men burst in, causing panic among shoppers, who scrambled to duck and get away. Although shots were reportedly fired, no one was hurt.

The robbers then reversed their Corsa bakkie with false plates into the Spar before loading the entire ATM on to the back and driving away.

It’s not yet clear how much money was taken in the audacious crime.