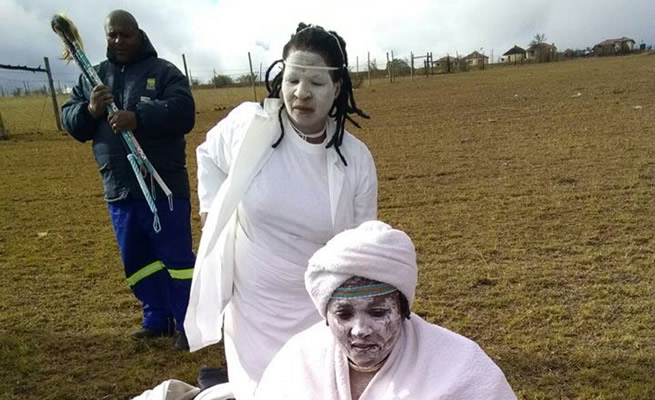 This year Spiritfest’s Winter School presents Phumeza Mntonintshi and her lecture ‘My journey towards training as a Sangoma’. Mntoninshi will present her personal lived experiences of being a Sangoma as well as a member of the Methodist church.

Mntonintshi who is a museum anthropologist, was a Co-facilitator of a Professional Development course on Heritage offered by Rhodes University and the Department of Arts and Culture and South African Heritage Resources Agencies (SAHRA) from 2012 to 2014 where she was hired to train and educate heritage officers from all over RSA for their post- graduate certification.

Mntonintshi plans to unpack the fears and myths surround the spiritual journey of becoming a sangoma and notes that “I would love to eradicate from the minds of the public, our culture is suffering due to setbacks and negativity associated with the tradition."

"This is vital to me as it unpacks my journey, role and influence as an individual, family member, community member, Igqirha (Diviner), Employee and Professional and in general a human being striving to be relevant in whatever I do and touch in life. I believe that I was born for a purpose and it was not a mistake that I’m here on this Earth now, so I should leave a mark or a positive legacy,” she added.

Mntonintshi notes that she comes from a long line of sangomas, including her aunt, uncle, grandmother and sister. While explaining that she had never thought the day would come for her turn she says that she ignored many signs until they manifested in the form of dreams, ill-health and deaths in the family which forced her to consult prophets and follow her real calling.

Mntonintshi will present facts, in order to bring about clarity and understanding about the cultural practice, which, she says, has suffered suffocation and trapping due to modern influences and being viewed as backward. Catch the lecture on 3 July at the in the Cathedral Coffee shop – 11am – 12pm.