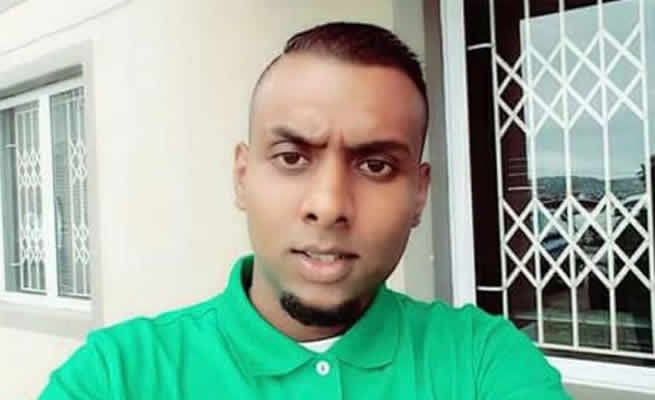 When Nivan Premchun, 18, saw guards from a private security company outside his door last week, he did not know what to expect.

The news that his elder brother Ashil, 24, was dead – he was found slumped over in his bakkie with a single gunshot wound to the head – shattered Premchun.

“It’s very hard for me because he was the only member of our family left. I have a wife and child and he always looked at us and said he wanted to have his own family as well. He was my rock. Over the past two years we had lost all our family members. Our mother passed away two years ago this month, our uncle (who lived with the family) died in hospital and our grandfather was murdered in a robbery (in November). In January, our father was travelling on the M41 near Gateway Mall when he was involved in a hit-and-run and died,” he told POST.

“My brother and I knew no matter what we had one another, and now this blow. When I got the news I was shocked. I lost my whole family. It’s heartbreaking to lose your loved ones. Only I know how it feels. I cannot describe it to anyone because it’s 10 times worse than what I express,” said Premchun.

Premchun, who runs the family’s plastic and packaging business, said he and Ashil had been at home that morning.

“He told me he was going to buy a bull-bar in North Coast and to change the tyres on his van. Before he left I told him I was thinking of going to the casino and was enquiring if he wanted to join me and he said he would see and left.”

Ashil never returned home. Premchun believes his brother had given someone a lift and was gunned down. “My brother had no enemies and would not take his own life. I have a feeling he saw someone and gave them a lift. It’s so hard going through different scenarios in my head.”

Premchun added his brother was “one in a million” with a kind heart.

“Our mother was his prized possession and when she passed away I became his prized possession. He constantly sacrificed his personal goals and dreams for his family’s happiness. He was widely respected, always considerate of others and never failed to bring a smile to anyone he has met. He also never expected anything in return for his good deeds.”

Police are investigating a case of murder and are appealing to anyone with information to come forward.

Reaction Unit SA spokesperson Prem Balram said they were called out to the scene near King Shaka International Airport after passersby noticed a man slumped in a grey Toyota Hilux bakkie that was parked along the road.

“A metro police officer requested assistance after noticing the man was bleeding. Medics assessed the man and found that he had sustained a single gunshot wound to the head and declared him deceased. We interviewed several truckers who operate nearby and they informed (us) that they saw the bakkie parked for a while at the roadside. They noticed the deceased slumped in the driver’s seat and they assumed that he was asleep. Once we managed to identify his vehicle we proceeded to the home to inform his brother,” Balram said.