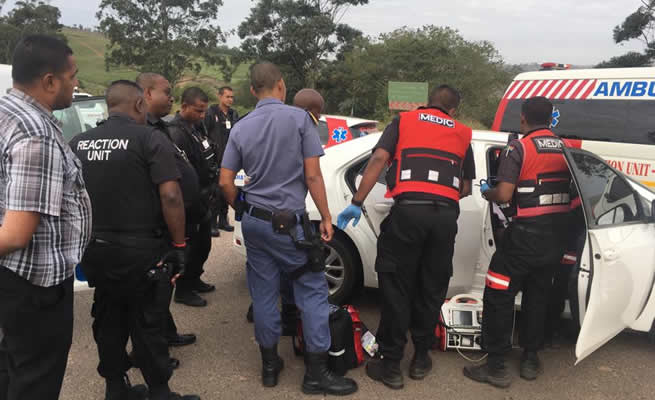 A TAXI boss from the Alexandra, Randburg, Midrand and Sandton Taxi Association was shot dead in his car yesterday.

The incident happened in Alexandra, Joburg. A source said the taxi boss was allegedly killed by his own members as he was contesting the association’s top job. He said they suspected hitmen were sent to kill him so he couldn’t take the position.

“He is not the first one to die. Last Wednesday, another taxi boss was gunned down. He was buried this weekend.” A witness at the scene told Daily Sun the taxi boss was attacked by four men driving a white BMW. They parked their car not far from his place and when he reversed his car, they attacked,” he said.

He said the unknown men opened fire on the taxi boss’s patrol car, killing him instantly.

“This is sad. Killing has become so easy these days. People have no shame,” said Joseph Tshabalala, who was part of the big crowd that gathered at the scene.

Daily Sun tried to speak to family members, but they refused to do so as the incident had just happened and they were in shock.

“We don’t know the motive behind the murder yet. Investigations continue,” he said.

He appealed to anyone who could help the police with information leading to the arrest of the perpetrators to contact them.

“After shootings happen, we sit down, talk and resolve whatever issues we have. My question is, why we can’t start by talking whenever we don’t see eye to eye?”

He said killing each other doesn’t bring change but creates more problems.

“The biggest problem is these violent shootings are both internal and external. Sometimes, it’s people from the same taxi association fighting for something and then resorting to killing each other but sometimes it’s two associations fighting for a route. We condemn violence in both cases and encourage resolving problems without shooting one another,” he said.