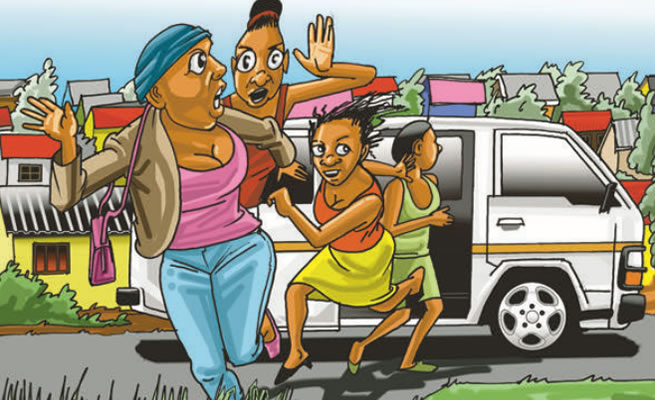 A TAXI driver is traumatising his passengers by flashing his painfully small penis, or should we call it a mopane worm, The Daily Sun has reported.

Nokuthula Dlamini (28) from Emandleni in Benoni, Ekurhuleni, was speechless after the driver showed her his non-appetising penis.She was on her way home
from work on Saturday when the incident took place.

“I never thought I’d ever experience such a thing,” she said.

According to Nokuthula, who at her age, by any South Africans standards, is certainly not supposed to be scared by any penis size, whether too small or too big, however, according to her description, the taxi driver's 'sexual goblin' was too tiny that it qualifies to be South Africa's smallest penis!

She said while the man was driving, he started talking about his sex life and how terrible his lover was in bed. The minute Nokuthula replied, she saw what looked like an erection.

“I wasn’t certain because his manhood was very small,” she said.

When she told the driver she wanted to get out, he stopped the taxi, unzipped his trousers, and popped out his little 'urinating apparatus'.

Nokuthula got out and ran for dear life.

“I thought he was going to follow me but he didn’t. He obviously does this all the time.”

Nokuthula said she didn’t go to the cops because she doesn’t know the driver and didn’t see his car’s registration plate.

She warned Emandleni residents, especially women, to be careful.

“Taxi drivers need to talk about this kind of behaviour among themselves. This isn’t the first time it’s happened.”