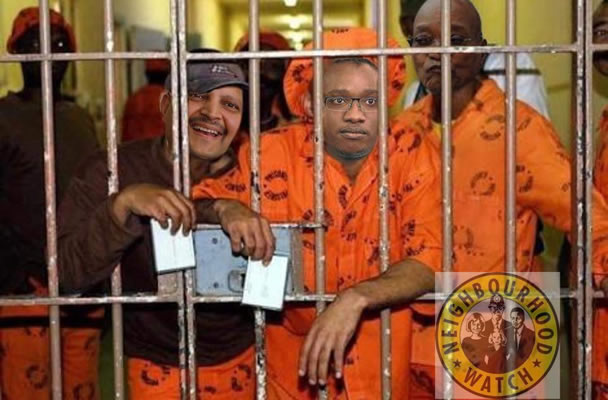 IT WAS a moment he never thought would come: seeing former president Jacob Zuma’s son in the dock facing charges for what happened that terrible night when his world fell apart.

Yet there stood Duduzane Zuma (34) in the Randburg Magistrate’s Court finally facing the music for the car crash that took the life of a young mother. While there are many ongoing commercial crime cases against Duduzane, this time he faces a charge of culpable homicide or an alternative charge of reckless driving that resulted in the death of Phumzile Dube.

“Now things are going to change,” says Pedzisani Dube, who watched the proceedings on TV. Maybe there would be justice for his sister – and some kind of closure for him and the rest of his heartbroken family which is originally from Zimbabwe.

Pedzisani’s sister, Phumzile, was killed in a horror crash in Sandton in February 2014 after a Porsche, driven by Duduzane, smashed into a minibus taxi. Three other people were injured in the crash, including Nanki Jeanette Mashaba, who died a few weeks later. However, an inquest into the tragedy found Jeanette’s death was not a result of the crash and that she’d died of natural causes.

Phumzile’s death, on the other hand, was different – it had been directly caused by negligence on Duduzane’s part, magistrate Lalitha Chetty found.

Then the unthinkable happened. Despite Chetty’s conclusion, the National Prosecuting Authority (NPA) decided not to prosecute Duduzane. There was “insufficient evidence”, the NPA claimed.

For a while Pedzisani believed that would be the end of it and they would have to find some way to come to terms with what had happened and get on with their lives. The sensational Gupta emails leak changed everything.

The email correspondence revealed the NPA had taken the decision not to prosecute and had never informed Phumzile’s family of the decision.

Lobbyist group AfriForum gave the NPA an ultimatum last year: prosecute Duduzane or grant permission for AfriForum to conduct a private prosecution – which is how Jacob Zuma’s son came to be in court on 12 July.

“My sister’s death caused so much pain in the family,” Pedzisani says. “Even after all this time we can’t put it behind us.”

PEDZISANI was the last person his sister ever communicated with. He’s a plumber who lives in the Joburg CBD and he was chatting to his sister via WhatsApp. She told him she was happy to be headed home after a long day at the Fourways restaurant where she worked as a waitress.

Phumzile was the mom of a little girl, Thembisile, who was just two years old. She worked hard to support her child.

“She asked how her daughter was and I said she was fine and that’s where the conversation ended,” Pedzisani recalls.

Minutes later his phone rang. “The person on the other end told me there had been an accident. He said because I was the last person my sister had texted, they were calling me, and said I should come to the scene in Grayston Drive.”

Pedzisani asked his next-door neighbour to drive him to the Grayston Drive offramp in Sandton, where they came across the accident – the mangled Porsche, the smashed taxi.

He started frantically asking bystanders if they’d seen his sister as he couldn’t spot her among the injured people lying in the road or the shocked passengers standing near the vehicles.

Then he noticed a motionless body but it was too dark to tell what clothes she had on or what she looked like.

“I described what my sister was wearing and then one of the women there began to cry but she said nothing. She was just looking at the person lying in the road.”

He approached police at the scene and asked about Phumzile. “I told them who I was and that I got a call about the accident and that someone had died.”

Once police confirmed he was Phumzile’s brother, they took him to the body and showed him the dead woman’s face. It was his sister. “I felt so bad when I saw her,” he says, tears welling in his eyes. “Whenever I drive past that place my heart feels heavy.”

After her mom’s death Thembisile went to live with her grandmother, Edna, in the family’s native Zimbabwe but the little girl, now six years old, still battles to understand that her mother isn’t coming back.

“When I go back home to visit, she always asks ‘where is my mother?’ and, ‘isn’t my mother coming back?’ It’s not easy for her to understand what happened.”

Phumzile’s death remains hard to deal with because she “was such an important part of the family”, says Pedzisani. “She was a great sister and an amazing person who always took care of us. There were times when I didn’t have money but she would always make a plan. She was very supportive. She was always taking care of the family and looking after her daughter.”

Edna (61) is also still troubled by her daughter’s death, Pedzisani adds. “She cries when we mention it, even to this day. That’s why I didn’t tell her that that boy [Duduzane] was going to court because it’s all too much for her. The minute you bring up the topic of the car crash, she develops a headache and becomes upset. She doesn’t want to talk about it.”

The Dube family says it has had no contact from Duduzane or the Zuma family since the accident. “They have kept quiet,” Pedzisani says.

“Maybe if he is punished we will feel better about what he has done. A person can make mistakes but you can’t keep quiet about it. If I made a mistake, I would try to reach out and speak to the person I had hurt but he has just kept quiet.” It’s tough for him and his family to express their anger and Pedzisani admits it’s hard to find it in his heart to move on.

“My sister was the one who helped me take care of our family. Now I am alone, working to support everyone from my own kids to taking care of her daughter as well. Maybe after the court case I’ll feel better. Maybe then we’ll all be at peace.”

Duduzane is due back in court on 23 August. DRUM sent questions to Duduzane’s lawyer, Rudi Krause, and followed it up with several phone calls but did not receive a response by the time of going to print.