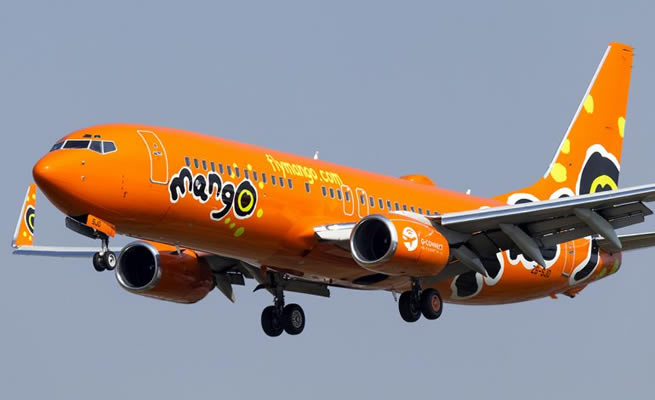 Mango Airlines on Saturday said it is investigating the "false allegations" made in an SMS circulating on social media in which an HR staff member ostensibly tells an employee the company cannot allow the person to work with them as he/she is "black and HIV positive".

It is now investigating the source and origin of the text, after which it would "seek legal advice in terms of the next steps to be taken".

A screenshot of an SMS sent from a number saved by the receiver as "Mandy HR Mango" reads: "Mango cannot allow you to work with us, you are black and Hiv positive. That is just too much for us" (sic).

Spokesperson Sergio dos Santos told News24 Mango Airlines were made aware of the SMS on Thursday, resulting in an immediate "thorough and objective" investigation by its division specialising in fraud investigation together with third party forensic investigators.

"On the screenshot posted on social media, it has been noted that 'Mandy' has been saved as 'Mandy HR Mango'. 'Mandy" is not in the HR department," Dos Santos said.

"The employee was interviewed … and indicated that she had no knowledge of the SMS in question and never sent such as SMS."

He said a forensic investigation was conducted on the employee's handset by an external cellphone analysis company.

"No evidence was found suggesting that the SMS message in question originated or was sent from the employee's handset. Itemised bling from the mobile service provider was obtained and it was analysed. No evidence found on the itemised billing [suggested] that this employee's number of SIM sent the SMS in question."