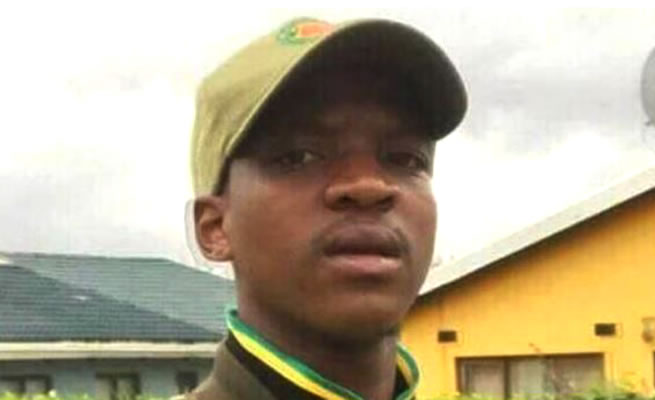 Mkhize, 25, was shot outside his home in Yose Drive in Umlazi’s V-section at about 9am on Saturday morning, Brigadier Jay Naicker said.

It is believed he was returning from the ANC’s KwaZulu-Natal provincial conference at the Durban University of Technology (DUT) when the shooting took place. He was not attending the conference as a delegate.

Mkhize was chairman of the ANCYL at the Coastal College branch. He was also Students’ Representative Council (SRC) president at the college.

Naicker said Mkhize “sustained injuries to the body and was declared dead at the scene”. The alleged killer was known to Mkhize. Charges of murder and unlawful possession of a firearm were being investigated by Umlazi police.

“A 29-year-old suspect handed himself over to the police and was arrested. The firearm that was used in the commission of the crime was also confiscated from the suspect. The motive for the killing is unknown at this stage. The suspect will appear in the Umlazi Magistrate’s Court next week,” said Naicker.

Sebelo said that Coastal College is the Youth League’s largest branch in the province.

#ANCKZN KZN ANCYL Secretary, Thanduxolo Sabelo has described slain ANCYL chair in Coastal College, Bongani Usher Mkhize as a promising young leader. Mkhize was gunned down eMlazi. He attended the provincial conference but was not a delegate.#eNCA pic.twitter.com/H9VGptZNkV

BREAKING:#ANCKZN KZN ANCYL secretary Thanduxolo Sabela has confirmed that chairperson of the ANC YL at the Coastal college campus in Umlazi ,Bongani Usher Mkhize, has been shot dead. It’s understoood he was coming back from the conference when he was shot in uMlazi. ZN

Sabelo has expressed his concern for members of the ANC Youth League that have died in KZN.

“There seems to be a concerted effort to eliminate young people who are leading the ANC. There have been many ANC Youth League members who have died in KwaZulu-Natal.”